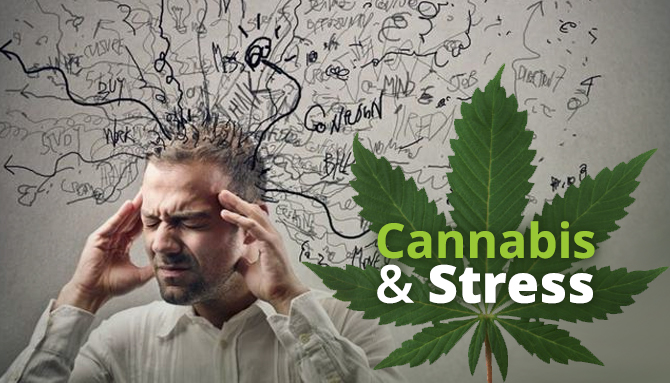 Cannabis May Protect The Brain From Effects Of Stress

Cannabis is widely used as a form of stress relief, and for good reason. It’s a natural option for one to deal with the pressures of everyday life. Katt Williamseven famously joked that cannabis has “a chemical in it called F**k It” and you need it to get through tough times. Though he’s clearly kidding, a recent study from University of Haifa in Israel may have validated the idea somewhat.

An agonist activates a receptor cell after binding to it. Substances can mimic natural agonists and are classified as partial or full agonists based on how severe of a response they cause.

Past research indicates that repeated stress can cause and amplify cognitive deficits (impaired brain functioning). These typically effect the processes involved in memory and learning but cannabinoid treatments have been successful in preventing the effects. Because of this, researchers from the University of Haifa in Israel investigated the same interaction, but with chronic stress (experienced over a stretch of time).

The study used a technique called chronic restraint stress and lasted two weeks. Researchers kept the subjects (rats in this case) from moving, which causes a stress reaction. After this daily process, half the rats (experimental group) were treated with WIN55,212-2, which is a full agonist that activates the CB1 receptor of the cannabinoid system. The remaining rats represented the control group.

The data from the study’s control group paints a picture of some of the issues stress causes. These issues are not only expressed through a person’s mood, however; stress seems to place a burden on a number of biological processes.

The first of these processes is called Long-Term Potentiation (LTP); it is an enhancement of communication between neurons. LTP occurs as a result of neurons being stimulated in synchronization and is one of the major mechanisms involved in memory and learning. 30 days after the 2 week experimental period, LTP was found to be impaired in the pathway between the Ventral Subiculum and Nucleus Accumbens in the brain.

The Ventral Subiculum-Nucleus Accumbens pathway controls the reaction to stress, regulates the immune system, and plays a role in learning through reinforcement.

The area in which stress was shown to cause LTP impairment is largely involved with the Hippocampus. Because of this, it’s not surprising stress caused difficulties when asked to identify an object based on its physical properties (appearance, size, shape, etc.). The hippocampus stores the majority of our spatial memories, so it makes sense that stress-induced problems there would make it harder to recall the name of a given object.

Cannabinoids Counteract The Effects Of Stress

The experimental group was treated daily with WIN55,212-2, which produces similar effects to Tetrahydrocannabinol (THC). Despite the similarities, WIN55,212-2 has a completely different chemical structure. It is a full agonist of the CB1 receptor in the cannabinoid system, whereas THC is a partial agonist.

In cases of cannabinoid receptors, full agonists can be dangerous. JWH-018 and other synthetic cannabinoids have been banned in nations around the world, including the US. This was after they were discovered in the contents of “incense” products, like Spice and K2, and connected to Psychosis and convulsions, among other conditions.

Despite the dangers associated with full agonists of the cannabinoid system, they are commonplace in scientific cannabinoid research.

Thirty days after the treatment period, data suggested that the activation of the cannabinoid system prevented the cognitive deficits caused by chronic stress. The group that was treated daily with WIN55,212-2 did not show the same LTP impairment within the Ventral Subiculum-Nucleus Accumbens Pathway. This means the cannabinoid system may combat the negative effect stress has on reinforcement-based learning.

The experimental group also performed better when to use spatial object-recognition. They were able to identify an object based on its physical properties more readily than the control group. This suggests that cannabinoid treatment can help protect spatial memories housed in the hippocampus.

By now you may be asking what this all means in regards to battling stress. According to the researchers, the study “suggested cannabinoid system activation could represent a novel approach to the treatment of cognitive deficits that accompany a variety of stress-related neuropsychiatric disorders.”