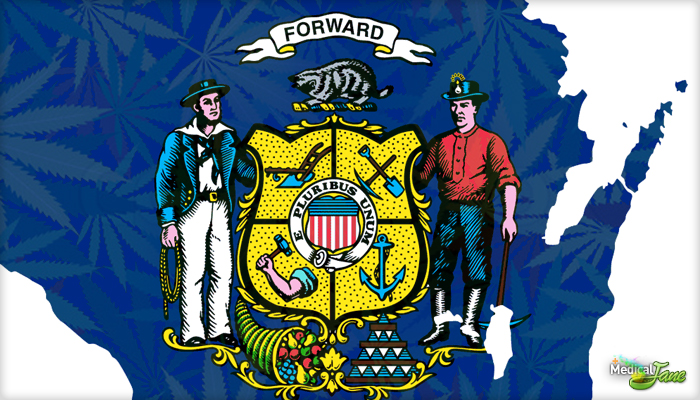 Two lawmakers from Wisconsin, Rep. Chris Taylor (D-Madison) and Sen. Jon Erpenbach (D-Middleton), announced they are introducing a new bill to legalize and regulate medical marijuana in the state during a press conference Thursday. It has been a long-withstanding battle to pass previous versions of the Jacki Rickert Medical Cannabis Act (JRMCA), but the latest installment has a number of changes – its name included.

“The JRMCA adds protections for concentrates, medicated edibles, topicals, and other infused products.”

Lawmakers have debated the Jacki Rickert Medical Marijuana Act (JRMMA) in the past but it failed to pass. As a result, there are a number of notable changes when looking at the new and improved Jacki Rickert Medical Cannabis Act (JRMCA). The changes are largely geared towards protection and quality assurance, and stand to provide a clear idea of the plan to regulate.

One update to the Jacki Rickert Medical Cannabis Act is a change in the definition of “usable cannabis.” Under the new bill, the term refers to “The flowers of the cannabis plant and any mixture or preparation thereof.” The JRMCA also adds protections for concentrates, medicated edibles, topicals, and other infused products, while requiring that all dispensaries lab test their products for mold, fungus, and pesticides.

Medial marijuana in Wisconsin has enjoyed an impressive amount of public support in the past. A poll taken in 2005 found that 76% of Wisconsin citizens support the legalization medical marijuana with the consent of a physician. However, it has been a struggle to receive majority support from legislature.

“As long as I’m in office this will be a bill that I will always introduce until it becomes law.”– Sen. Jon Erpenbach, Wisconsin

With that said, Senator Erpenbach shows no signs of giving up the fight. If the legislation doesn’t pass, he says he’ll be right back next session with the same bill. “No matter what it takes, no matter how long it takes, as long as I’m in office this will be a bill that I will always introduce until it becomes law,” he said.

As of yet, the Jacki Rickert Medical Cannabis Act does not have a bill number and is being circulated in legislation for cosponsors. If you want to get involved, the Marijuana Policy Project has created a pre-written letter meant to appeal to Wisconsin State Legislators for their support.