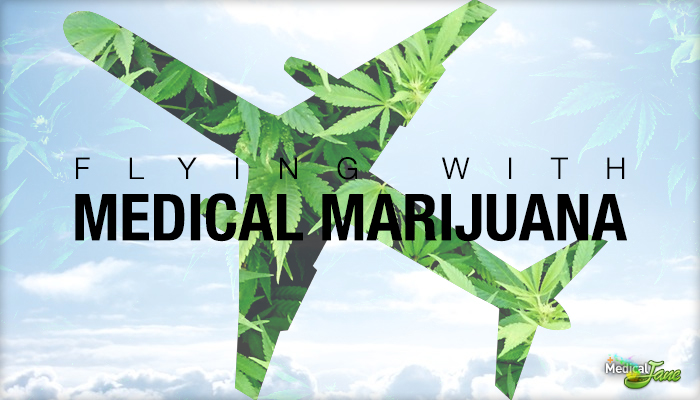 by Zach Reichard on October 07, 2013
ShareTweet

According to Lawyers.com, the “mile high club” may take on a completely new meaning as more and more states vote to decriminalize the medicinal and recreational use of cannabis.

Everyone has heard the stories of people walking their baby cannabis plants on board airplanes& vaporizing in the terminal, but just how are they getting away with it?

The fact of the matter is that cannabis is federally illegal, and for that reason, it’s technically illegal to fly on commercial airlines with cannabis because airports fall under federal jurisdiction.

Well, you might be shocked to hear that medical marijuana patients have been boarding planes with carry-on luggage in one arm and a two-week old plant in the other since 2010.

“In the event a substance that appears to be marijuana is observed during security screening, TSA will refer the matter to a law enforcement officer.” – Statement from TSA

The reason is that although TSA may reserve the right to allow any items on the plane, they are not an anti-drug agency, and therefore do not search for cannabis or other drugs during screening. In the case that cannabis is observed during security screening, TSA will defer the complication to a law enforcement officer.

According to a “Special Instructions” section on the TSA’s website:

“TSA security officers do not search for marijuana or other drugs. In the event a substance that appears to be marijuana is observed during security screening, TSA will refer the matter to a law enforcement officer.

Even if an item is generally permitted, it may be subject to additional screening or not allowed through the checkpoint if it triggers an alarm during the screening process, appears to have been tampered with, or poses other security concerns. The final decision rests with TSA on whether to allow any items on the plane.”

So…Can I Bring My Medical Marijuana On The Plane?

At the end of the day, this is going to be a grey area that will likely linger until change comes on a federal level. It’s important to note that not all states recognize medical marijuana use authorizations from other states, so if you are leaving California and heading to Boston, you could be violating Massachusetts state law when you land.

According to the founder of the National Organization for the Reform of Marijuana Laws (NORML), Keith Stroup, not even patients flying from Colorado to Washington are 100% protected.

“It is a federal agency, marijuana does remain illegal under federal law, so if you get the wrong TSA agent and he wants to be a pain, he can arrest you.” – Keith Stroup

“It is a federal agency, marijuana does remain illegal under federal law, so if you get the wrong TSA agent and he wants to be a pain, he can arrest you,” Stroup says.

“I’m glad to see there’s a little give in the system but obviously at some point we need to remove marijuana from federal law so this is not an issue.” While the TSA will never admit that they permit people to carry Schedule I narcotics, Stroup believes that is exactly what has been happening:

“I hear reports from people flying from one medical use site to another or flying from one part of California to another and they generally report that if they carry their authorization, they simply show the letter and are sent on their way and are allowed to keep their medicine. The same policy should apply Colorado to Washington or Washington to Colorado.

I’m delighted to hear that because I think it shows that TSA primarily is acting as it was intended when it was established, to protect all of us when we travel on the airlines and to thwart terrorists. It is not supposed to be an anti-drug agency. What nobody feels 100 percent comfortable with is it’s a grey zone you’re going through. It’s technically still illegal even though they aren’t enforcing it very strongly.”