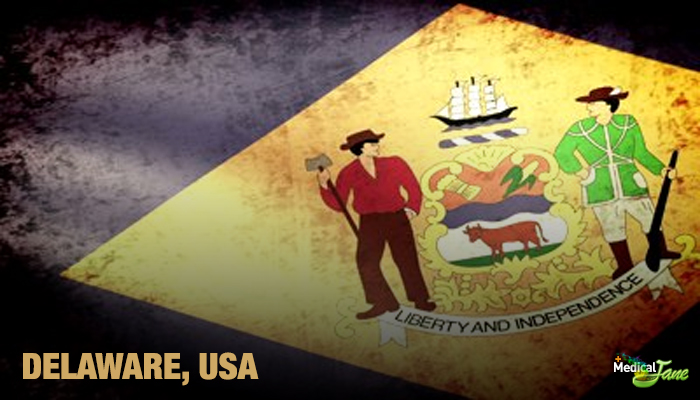 Earlier this month, the Delaware Department of Health and Social Services issued their proposed medical marijuana regulations. Under the regulations, the state would only allow the operation of one dispensary, or compassion center. Further, the sole location would be limited to 150 plants and 1,500 ounces of cannabis at any given time.

Subsequently, the Marijuana Policy Project (MPP) submitted comments about the regulations on behalf of medical marijuana patients and “potential providers” to the Division of public health on Monday.

According to the Marijuana Policy Project, most of the regulations are fair and reasonable, though some are worthy of concern. MPP Deputy Director of State Policies Robert J. Capecchi added, “We are particularly concerned that a few of the proposed rules would result in a problem we have seen in New Jersey and in the first years of New Mexico’s program – an inadequate supply of medical marijuana.”

As Capecchi, who authored the MPP document, explains, an inadequate supply of medical marijuana will force patients to resort to the black market. Further, they may be forced to “suffer without a medicine that can improve their quality of life,” he added.

As stated in the Marijuana Policy Project’s suggestions, they are particularly concerned with the proposed limits on medical marijuana in Delaware. The state’s medical marijuana policy, as written, calls for three compassion centers (one in each county). However, the new proposed regulations will only allow one pilot center in the state, presumably in a population center.

The Marijuana Policy Project contends that permitting just one facility to serve the entire state will bring harm to medical marijuana patients.

“We are particularly concerned that a few of the proposed rules would result in a problem we have seen in New Jersey and in the first years of New Mexico’s program – an inadequate supply of medical marijuana.”– Robert Capeechi

Because Delaware does not allow patients to grow from home, the regulations would greatly inconvenience those in the south of the state. Further, it could be difficult for one collective to serve the needs of every potential patient in Delaware. Accordingly, the MPP suggests that the state permit 3 compassion centers, as the law originally intended.

Additionally, the proposed medical marijuana regulations would limit the inventory of a compassion center to no more than 150 plants and “no more than 1,500 ounces of usable marijuana regardless of formulation.” This comes as a result of Gov. Jack Merkell urging the Department of Health and Social Services to do so on August 15.

Also, the Marijuana Policy Project added that the cap is sure to lead to medical marijuana shortages. New Mexico and Rhode Island are the only two states who have placed a finite cap on the amount cannabis a dispensary is allowed to possess at any given time. A major difference is that each of those states allow home cultivation. Nonetheless, the program in New Mexico has resulted in shortages even still.

Due to this, the Marijuana Policy Project “strongly recommends” that the Delaware Department of Health and Social Services reconsider the limit placed on the amount of cannabis allowed.

In addition to the above recommendations, the MPP documentsuggests that Delaware further evaluate the following: the proposed qualifications for PTSD patients, a proposed prohibition of all pesticides, and proposed state-performed background checks for compassion center employees. Further, the Marijuana Policy Project urged the state to create regulations for third-party lab testingfacilities as well.

The Division of Public Health will be accepting “suggestions, testimony, briefs, or other written materials” about the proposed rules through October 31. They can be submitted to Deborah Harvey at: