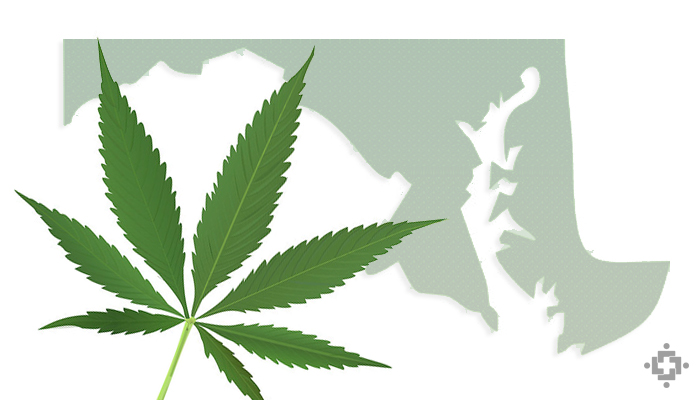 According to the results of a recently released Goucher Poll,91% of respondents believe that the consequences of possessing small amounts amounts of cannabis should focus less on jail time. Instead, they suggest the institution of rehab provisions, fines, or some other policy.

“89.7% of participants were in support of medical marijuana.”

Furthermore, the poll suggests support for a number various forms of cannabis policy reform, including medical marijuana and legalization for adult-use.

“When it comes to marijuana use in the state, a slight majority of Marylanders support legalization for small amounts,” said Mileah Kromer – the director of the Sarah T. Hughes Field Politics Center, which oversees the Goucher Poll.

The survey was conducted from October 27 to October 31 by students from Goucher College in Maryland. All in all, the poll asked participants their position on same-sex mariage, gun laws, immigration, as well as various cannabis policies. In the end, they conducted 665 interviews (48% male / 52% female) for the poll.

As mentioned, last week’s Goucher poll revealed majority support for adult-use marijuana policy reform in Maryland. Participants were asked, “In general, do you [support or oppose] making the use of marijuana legal in Maryland?”

According to the poll results, 50.9% of those surveyed were in support of legalizing cannabis. In contrast, just 40.3% of the responses reported were in opposition.

Unlike the case of legalization for adult use, medical marijuana seems to have overwhelming support in the state of Maryland. Those surveyed were asked, “do you [support of oppose] allowing the use of marijuana for medical purposes, if prescribed by a doctor?”

The poll results found that 89.7% of participants were in support of medical marijuana prescribed by a physician. Further, more than half of the respondents revealed that they “strongly support” the policy.

In contrast, only 8.1% of poll participants were in opposition to medical marijuana, and 2.1% were unsure.

Participants were also asked to consider the ideal consequences of simple possession. Interviewers posed the question, “do you favor policies that focus [more on jail time, more on rehabilitation, or more on fines]?”

“Citizens of the state also seem to support the decriminalization of marijuana.” – Mileah Kromer

“Citizens of the state also seem to support the decriminalization of marijuana, favoring policies that focus on rehabilitation and fines, rather than jail time for possession,” Kromer said.

According to the data, only 5.8% of responses were in favor of jail time.

In conclusion of the Goucher Poll, Kromer predicted that cannabis policy would be a hot-button issue during election season. “This will be an issue to watch for the upcoming legislative session,” she explained.