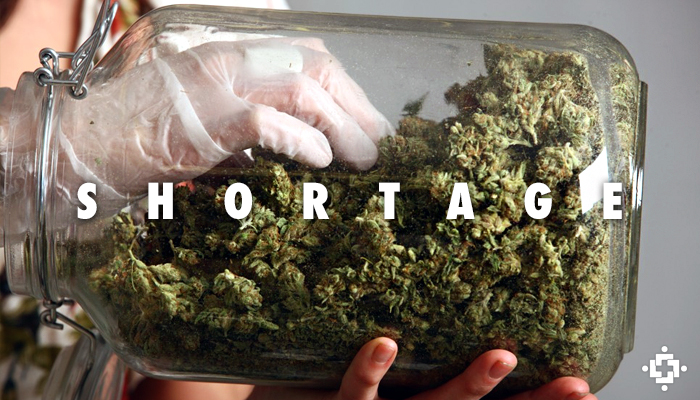 Licensed medical marijuana producers in New Mexico are having difficulties meeting the supply demands of the state’s growing patient population, according a recently released survey. In fact, a number of producers have been forced to ration their supplies to certain patients, and even turn others away.

The survey was commissioned by the New Mexico Department of Health and conducted by an independent contractor. It included around 6,750 responses, with participants ranging from age 19 to 83. The average respondent was 43 years old, according to the Albuquerque Journal.

New Mexico was the first state to task its Department of Health with the regulation of a non-profit medical marijuana distribution system. Nonetheless, the program has encountered two notable issues: limited supply and inflated cost.

New Mexico’s list of qualifying conditions is now up to 17, including Parkinson’s and traumatic brain injuries, which were just added. In turn, there are 10,289 valid cardholders in New Mexico as of Oct. 31, according to state officials.

Patients were asked about their weekly purchases and medicating needs. According to those who responded, more than 11,000 pounds of cannabis would be necessary to meet supply demands each year. However, producers report that their current gardens could only produce around 2,200 pounds per year.

One participant asked, “How can we get medicine if more patients apply every day, but the amount of medicine stays the same? This program has brought me so much, using mind-numbing drugs never worked for me. What do I do when the well dries up?”

“I have had to purchase from the street at times, and the quality is usually better, and it’s cheaper. That’s not right.”

In addition to patient responses, 20 of the licensed producers in New Mexico participated in the survey as well. More than half of them reported being “out of product” at some point in the past three months. As a result, 6,643 patients were turned away from receiving the help they needed. Nine producers reported rationing cannabis to more than 6,000 patients during that time also.

As for the cost of medicine, the report shows medical marijuana was being sold for as much as $800 per ounce, causing some patients to search elsewhere. “I have had to purchase from the street at times and the quality is usually better — and it’s cheaper. That’s not right,” said one patient surveyed.

Another patient offered an economic quandary: “An ounce of regular cannabis on streets goes for $60 … medical cannabis costs $265 an ounce. Which would you buy?”

New Mexico medical cannabis program coordinator Andrea Sundberg insisted that program officials want to ensure patient’s safe access to their medicine but they have no control over its price point. “The producers are the ones who control the prices, they set their price per gram,” she explained.

However, Patricia Monaghan, an Albuquerque attorney, said the state should license more cannabis producers, believing that it would lower costs across the board. She explained that no additional producer licenses have been granted since Governor Susana Martinez took office in 2011.