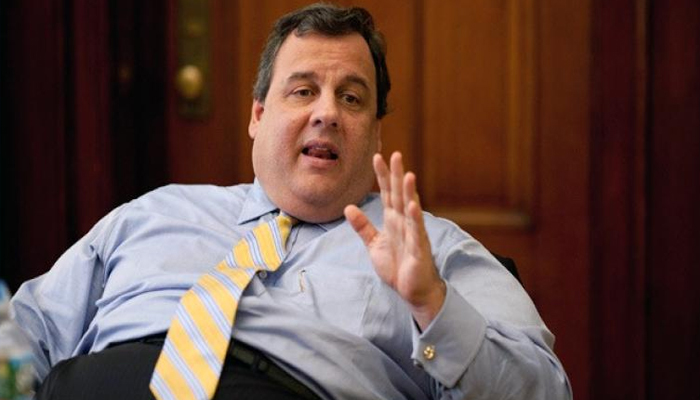 New Jersey Governor Chris Christie told reporters yesterday that he will veto a recently-proposed bill to expand the state’s current medical cannabis legislation, should it reach his desk. The measure, which was introduced by Assemblywoman Linda Stender (D-Union), would create a reciprocity agreement between New Jersey and other states with medical marijuana.

“I am done expanding the medical marijuana program under any circumstances.”– Gov. Chris Christie

In turn, registered medical marijuana patients in the State of New Jersey would be permitted to acquire medical cannabis from out of state and bring it home.

In order to assure that patients are not acquiring more than their allowable limit, they would then be required to report their out-of-state purchases to the Department of Health.

Stender said the measure was inspired by the family of Vivian Wilson – a 2 1/2 years old girl from New Jersey who suffers from epilepsy.

Despite a measure passed earlier this year to allow a wider variety of medical cannabis in the state, the Wilson family contends that none of the licensed “Alternative Treatment Centers” offer alternative delivery methods like infused edibles. They learned to make their own cannabis oil for Vivian, but the state’s analysis lab is not yet capable of determining the product’s potency.

“It’s a little disheartening,” Megan Wilson said. “They need to figure it out soon so the state gets something in place and everyone has access.”

Nonetheless, Governor Christie explained Monday that he is opposed to the measure. He believes it is part of a larger agenda to legalize cannabis for adult-use in New Jersey.

“Every time you sign one expansion, then the advocates will come back and ask for another one,” Christie said during a press conference yesterday. “Here’s what the advocates want: they want legalization of marijuana in New Jersey. It will not happen on my watch, ever.

“It infuriates me he is so cold-hearted to the needs of the people he is supposed to represent.” – Linda Stender (D-Union)

Assemblywoman Stender, said that she doubts the governor went so far as to even read her initiative.

“It’s not about marijuana legalization for recreational use, this is about legitimate access for sick people who need it,” she explained. “It infuriates me he is so cold-hearted to the needs of the people he is supposed to represent.”

Governor Christie went on to note that there has been limited interest in the current New Jersey medical cannabis program. “This is another one of those narrow group-think policies put forward by the Legislature and I’m not going to continue to expand it,” he said.

Brian Wilson, Vivian’s father, explained to NJ.com that the limited interest in New Jersey’s medical cannabis program stems from flaws in the system. He asked, “who wants to spend $200 on sign-up fees plus the countless doctors fees, not covered by insurance, to participate in a program that cannot serve the current client base?”

Regardless, Governor Christie seems ready to stand firm in his beliefs about expanding New Jersey’s medical cannabis program. “I am done expanding the medical marijuana program under any circumstances,” he said. So we’re done.”