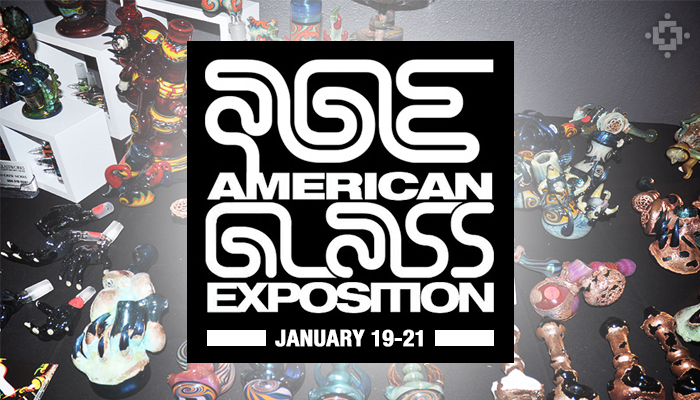 LAS VEGAS, NV — Professionals from the cannabis and artistic glass industries are set to gather in the City of Lights next month for one of the most recognizable trade shows the market has to offer.

Since it’s inception in 2009, the American Glass Exposition (AGE) has focused its efforts on highlighting ancillary businesses and skilled glass blowing. It has earned a reputation as the most exclusive glass industry trade shows as a result.

The event is held twice each year in Las Vegas, but is not open to the general public. Instead, one must provide credentials showing that they are a buyer, distributor, store owner, manufacturer, or material supplier in order to attend.

The American Glass Exposition is similar to other industry trade shows in that the floor is filled with vendors and exhibitors of all sorts. However, the event has a persona all its own.

“The AGE Show creates the perfect storm for lasting relationships to be built and incredibly rare collaborations are often created on site.”

AGE prides itself on being more than a trade show. In addition to the various exhibitor booths, the expo is known to offer a jam-packed schedule of activities for those in attendance. There are educational seminars from various specialists, glass auctions tailored to different causes, and more.

Without a doubt, much of the AGE Show’s appeal stems from the anticipation of housing the world’s best glass blowers under the same roof for three days. This creates the perfect storm for lasting relationships to be built and incredibly rare collaborations are often created on site.

Further capitalizing on this environment, the event offers a variety of live glass art demonstrations.

Progressive Glass Artisans Are Honored At The AGE Awards

As mentioned, the American Glass Expo prides itself on pushing the limits of the traditional trade show. It is because of this that the AGE Awards were created to accompany the trade show.

The AGE Awards is an after-hours show that honors innovation within the industry. Determined by online voting, an assortment of awards will be presented to those who had the most groundbreaking year in 2013.

The categories for this year’s AGE Awards are as follows:

The first American Glass Exposition of 2014 will be held at the Alexis Park Resort in Las Vegas. The three-day trade show is scheduled for January 19-21. With that said, it will be the first in a chain of industry-specific events in Las Vegas.

The Champs Trade Show is set to pick up where A.G.E. finished from January 21-23. Similarly, the ArcView Group’s first investor pitch meeting of 2014 will be held the very same week.

Founded in 2009, the American Glass Expo is a not-for-profit trade show for the glass industry. It is held twice each year in Las Vegas, but is not open to the general public. One must …