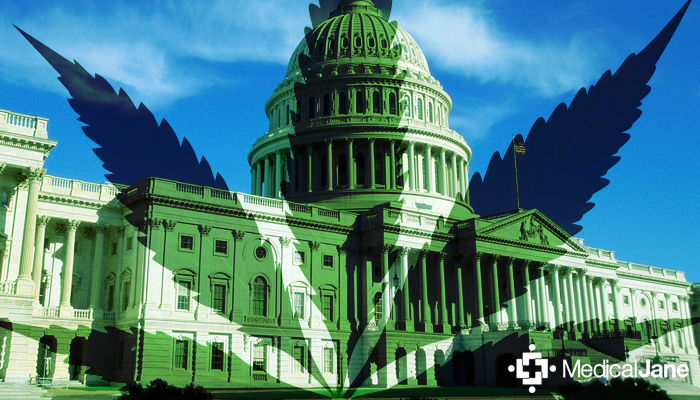 Legal Cannabis Initiative To Be Filed In Washington, D.C. This Week

WASHINGTON, D.C. — Voters in the nation’s capital may be afforded the opportunity to legalize cannabis for adult-use in the district. DCMJ, a local advocacy group, is expected to file a ballot initiative before the week comes to a close.

The group is headed by Adam Eidinger, who recently told the Washington Times “we’re trying to preserve the consumer’s right to possess it and to use it.”

As the name suggests, the Legalization of Home Cultivation and Possession of Minimal Amounts of Marijuana for Personal Use Act of 2014 would allow those 21 and over to possess up to two ounces of cannabis for personal consumption.

“We’re trying to preserve the consumer’s right to possess it and to use it.” – Adam Eidinger

Further, adult residents of Washington, D.C. would be permitted to grow as many as six plants at a time. It should be noted that no more than three of these plants may be in the flowering stage of growth at one time. Residents would not be permitted to sell their product under the initiative either

Also worth noting, the Legalization of Home Cultivation and Possession of Minimal Amounts of Marijuana for Personal Use Act of 2014 takes a different approach than the policies passed in Colorado and Washington State. The most obvious difference – retail cannabis would be nonexistent in Washington, D.C.

According to reports, this is because allowing retail sales would require action on behalf of the city council. Implementation of such a program would require funding and therefore cannot be approved through a ballot initiative.

Once approved by the D.C. Board of Elections, DCMJ will be permitted to start collecting signatures. They will need support from at least 5% of registered voters in five of the District’s eight voting wards to place the initiative on the 2014 ballot.