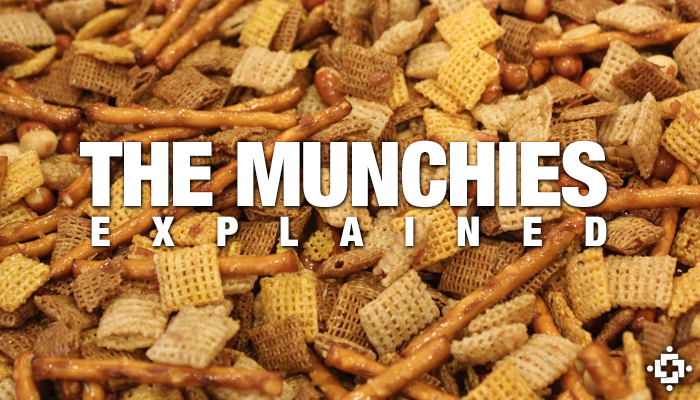 We have known for quite some time that cannabis can be used to mediate hunger. In fact, there is a bevy of evidence that the endocannabinoid system (ECS) plays a major role in the stimulation of appetite.

It seems that endocannabinoid activity in the central nervous system regulates food intake. This is because whenever you’re hungry your ECS sends signals to your hypothalamus in your brain to tell you it’s time to eat.

It’s clear that this phenomenon has a lot to do with why many people report feeling “the munchies” after consuming cannabis. However, a study published earlier this week in the journal Nature Neuroscience suggests that an increased sensitivity to smell may also come into play.

The basis of the European study lies in the idea that sensory perception increases in the face of hunger, causing increased food intake. Interestingly, a team of researchers led by Giovanni Marsicano of the University of Bordeaux found a relationship between cannabinoids and functioning of the olfactory bulb, which transits smell signals from the nose to the brain.

“Mice continued to sniff the oils when dosed with THC. They went on to eat more chow than the other group also.”

The research team first investigated what effect the CB1 receptor has on the sense of smell. They found that mice presented with banana and almond oils lost interest in their aroma after a short time.

However, this was no longer the case once tetrahydrocannabinol (THC) was introduced to the equation. Mice continued to sniff the oils when dosed with THC. They also went on to eat more chow than the other group.

Investigating further, the European research team conducted the same study on genetically-engineered mice without CB1 receptors in their olfactory bulbs. Their results showed that tetrahydrocannabinol (THC) had no effect on these mice in terms of odor sensitivity or appetite.

What does it all mean? Well, it seems that cannabis is able to press the reset button on our sense of smell, making us feel hungrier. Jason Stromberg notes in his recent Smithsonian article, and I would have to agree, that it likely allows us to experience better flavors too, since smell and taste are so closely related.

All things considered, it starts to make a great deal of sense why so many people experience “the munchies” after consuming cannabis.