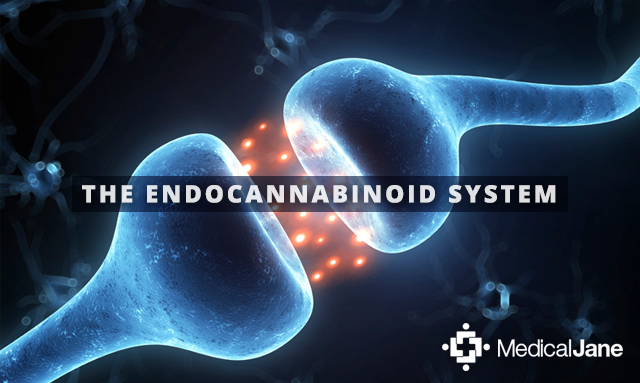 The Endocannabinoid System: Cannabis & Your Appetite

It is one of the most common and well-known side effects of consuming cannabis: a seemingly insatiable appetite.

The phenomenon dubbed for decades as “the munchies” is one that has permeated throughout our culture so much that even people who have never experienced the process at least know of it. But what actually causes these hunger-inducing effects after a good toke?

Before we can explain what makes you ready and able to run through a full package of Oreos in one sitting, there are a few fundamental things that are important to understand. First off, it is important to know whata cannabinoid is and how they play a major part in the functioning of your body.

Cannabinoids are a diverse set of chemical compounds found in the human body whose job is to provide a two-way communication between certain receptors in the endocannabinoid system (ECS). The ECS regulates processes in your body such as energy intake, nutrient transport, and metabolism storage. To better understand how cannabis comes into play, you must understand how this endocannabinoid system functions.

There are three important parts to the system: endocannabinoids, the receptors that recognize the presence of these cannabinoids, and two enzymes which help to synthesize and degrade them (fatty acid amide hydrolase and monoacylglycerol lipase).

“CBD works on receptors, and as it turns out, we have cannabinoids in our bodies, endogeneous cannabinoids, that turn out to be very effective at regulating immune functions, nerve functions, bone functions.” – Dr. Ethan Russo

The most popular cannabinoid of them all is a phytocannabinoid by the name of tetrahydrocannabinol, or THC, the primary psychoactive ingredient in cannabis. Cannabidiol (CBD), another phytocannabinoid, runs a close second place.

Considering that there are already endocannabinoids being produced naturally within the body that are designed to provide this two-way communication between cannabinoid receptors, and that phytocannabinoids bind to the same receptors as endocannabinoids, the addition of THC and CBD from cannabis can work to help normalize the body’s systems when there is a deficiency of cannabinoids.

“CBD works on receptors, and as it turns out, we have cannabinoids in our bodies, endogeneous cannabinoids, that turn out to be very effective at regulating immune functions, nerve functions, bone functions,” stated Dr. Ethan Russo, a senior advisor to GW Pharmaceuticals, the British drug company that created a CBD/THC mouth spray known as Sativex.

“There’s a tendency to discount claims when something appears to be good for everything, but there’s a reason this is the case.” – Dr. Ethan Russo

The endogenous cannabinoid system acts as a modulator in fine-tuning a lot of these systems. Supplementing an impaired ECS with plant cannabinoids will bring it back to optimum function, thus provoking an improvement in any associated conditions.

How Your ECS Controls Appetite

There are two types of cannabinoid receptors, CB1 and CB2, and they are found in the body in locations such as the brain, intestines, and the immune system.

When a cannabinoid receptor is stimulated by an endocannabinoid, various physiological functions in multiple systems of the body are activated including memory, pain sensation, mood, and most pertinent to this article, appetite.

“A lack of endocannabinoids in a person’s body could lead to eating disorders.”

ECS activity in the central nervous system regulates food intake. This is because whenever you’re hungry your ECS sends signals to your hypothalamus (a structure in your brain that helps to regulate appetite) which lets your limbic system (an area that controls emotion) know that it’s about to “go down” with that tub of Ben & Jerry’s ice cream in the freezer.

Endocannabinoids work to slow down the process of gastrointestinal emptying and transit, and appear to stimulate the secretion of ghrelin, a hormone that increases appetite and food intake. After eating, your brain is sent satiety signals (by way of the hormone leptin) from your small intestine, which reduces activity in your ECS and lets your body know you’ve had enough to eat.

How Is This Information Useful?

Anyone who has experienced “the munchies” knows of its power to bring about a powerful urge to eat absolutely everything in sight. Since we now know that hunger & appetite is modulated by endocannabinoids, is it logical to assume that a lack of endocannabinoids in a person’s body could lead to eating disorders?

Due partially to the fact that eating disorders are psychiatric conditions (rather than merely a result of appetite dysregulation) and to the fact that the impact of endocannabinoid system functioning in individuals with eating disorders is not fully understood, it is unclear whether or not cannabinoid therapies would be useful in their treatment.

Cannabinoid therapies may also be useful for patients who are undergoing treatments that cause them to lose their appetite; chemotherapy treatment for cancer is infamous for this side effect. Additionally, patients that suffer from HIV/AIDS are also put at risk of a decreasing appetite and associated cachexia/”wasting syndrome“.

Increased research on the utility of cannabinoid therapies in the treatment of these symptoms and diseases is ongoing.

For more information on the potential for cannabinoid therapies in the management of body weight, click here.