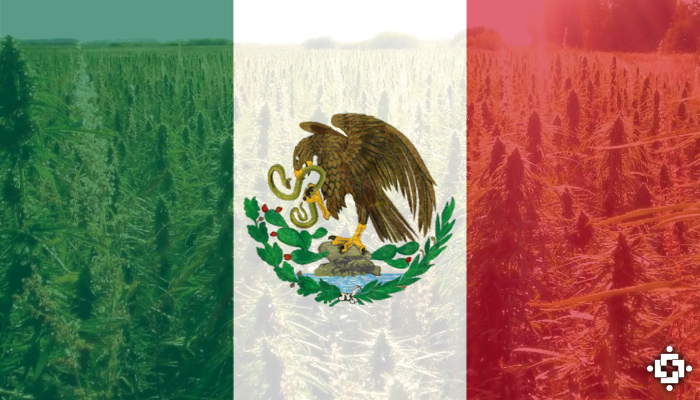 MEXICO CITY – Attitudes towards cannabis may be changing in Mexico. Bills were introduced Thursday at both the federal and state levels of government that would ease the restrictions on cannabis greatly.

Lawmakers in Mexico City, the largest city in North America, introduced a bill that would decriminalize the possession of cannabis for personal consumption. The bill takes a similar approach to cocaine and methamphetamines, as incarceration would no longer be the first course of action in those cases either.

As written, those caught with anywhere between 5 grams and 5 kilos (roughly 11 pounds) would be directed towards a “dissuasion committee” instead of prison. While there, they would receive health information. Possession of more than 5 kilos would remain a criminal charge under the measure.

“It is encouraging to see Mexico’s capital city attempt to refocus its efforts away from marijuana possession and low-level drug offenses and to invest in reducing violent crime instead.” – Hannah Hetzer

In addition to the push to decriminalize cannabis in the capital city, lawmakers from Mexico’s Democratic Revolutionary Party introduced a bill Friday to legalize medical marijuana at the federal level.

Further, this bill would permit states regulate the production, distribution, and sales of cannabis for adult consumption.

Applauding the initiatives is Hannah Hetzer, policy manager of the Americas at the Drug Policy Alliance. “Amidst extreme levels of violence and crime, it is encouraging to see Mexico’s capital city attempt to refocus its efforts away from marijuana possession and low-level drug offenses and to invest in reducing violent crime instead,” she told Al Jazeera America.

Mexico’s deputy attorney general, Renato Sales, lit a fire under the push for decriminalization, encouraging the country to seriously consider it during an interview with local media.

“The truth is that Mexico has paid a very high price for combating drug traffickers and prohibiting the cultivation of marijuana on its territory, when several states in America have already legalized it,” Sales explains.