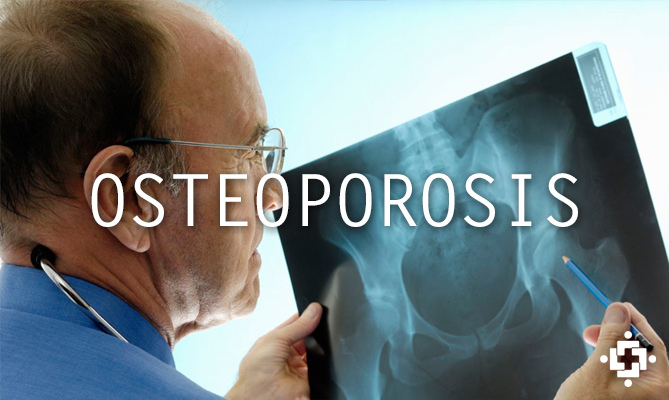 As we know, cannabis has shown to be beneficial in treating a variety of age-related diseases. Osteoporosis is often overlooked in this regard, but it too has been linked to the endocannabinoid system (ECS).

In 2009, a group of researchers from the University of Edinburgh (UK) published a study in the journal Cell Metabolism that sheds light on the mechanism underlying treatment. It suggests that activation of the CB1 receptor is primarily responsible for the benefits of cannabis in the case of osteoporosis.

Age-related osteoporosis is considered to be the most common bone disease. Over time, it causes the bones to weaken, putting them at an increased risk to be fractured. Little is known about what causes the condition, but it involves decreased bone formation and the accumulation of fat in the bone marrow compartment.

With that said, the University of Edinburgh research team investigated whether the endocannabinoid system (ECS) plays a role in the condition. They used two groups of mice as models, one of which included rodents with no CB1 receptors.

“Mice that were absent of CB1 receptors suffered from age-related osteoporosis, despite an increase in bone mass.”

According to their results, mice that were absent of CB1 receptors suffered from age-related osteoporosis, despite an increase in bone mass. The same group experienced a reduction in bone formation as well as increased fat accumulation in the “bone marrow space.”

Offering his take is the lead author of the study: Ayman Idris, Ph. D, “the CB1 receptor is therefore unique in that it regulates peak bone mass through an effect on osteoclast activity, but protects against age-related bone loss by regulating adipocyte and osteoblast differentiation of bone marrow stromal cells.”

Of course this is not the first study to indicate that cannabis could help treat osteoporosis, nor was it the last. A study published in the British Journal of Pharmacology circa 2011 determined that fatty acid amides (FAAs), which have been found to activate the CB1 receptors, could offer a basis for the treatment of osteoporosis and other bone-related diseases. In turn, they called for more research to be done in the future.