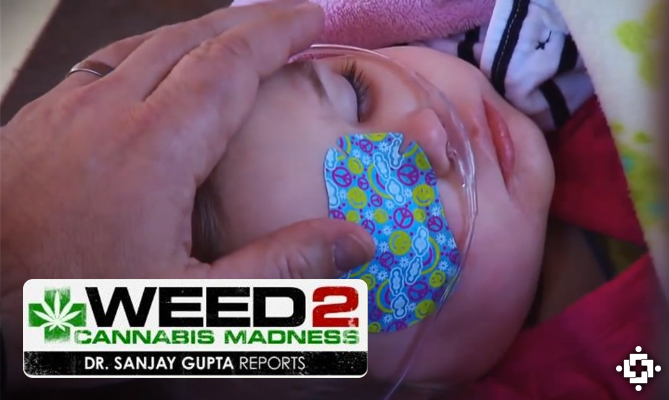 As we know, interest in cannabis has been on the rise in recent years. This is especially true in the case of medical marijuana, as clinical trials continue to demonstrate the therapeutic benefits of cannabis.

In the past, mainstream media coverage about cannabis has typically been reserved for content that paints a negative view of the industry. It can be argued that there are positives and negatives to this equation, but it seems that there has been a rapid shift of opinion on behalf of mainstream media outlets since Dr. Sanjay Gupta’s documentary Weed aired on CNN last year.

There’s no doubt that the documentary Weed (and the fact that it aired on a TV station as big as CNN) helped open the eyes of many Americans that medical marijuana is a legitimate option to be considered as a safe, sometimes life-saving medicine.

However, the current state of medical marijuana in America means that not everyone is allowed access to a medicine that could very well save their life. It’s with this in mind that Dr. Gupta has called for cannabis policy reform at the federal level.

Weed 2: Cannabis Madness, the second installment of Dr. Gupta’s investigative report, aired on CNN Tuesday night. It paints a vivid picture of the issues that can result from conflicting cannabis policy at the state and federal levels.

Featured in the hour-long documentary is the story of Vivian Wilson, whose family was forced to uproot their life in New Jersey to pursue cannabis treatments in Colorado for her seizures. Their experience is not entirely unique, and Weed 2 helps shed light on the incredible number of families who have had to make the same sort of gut-wrenching decisions as a result of prohibition.

Although they have played an integral role, Dr. Gupta and CNN are not alone in their crusade to raise awareness for medical marijuana. In fact, a number of mainstream media outlets have displayed obvious interest in medical marijuana and legal cannabis.

For example, The Huffington Post has not been shy about publishing articles and blog posts on the topic. A simple search of the word “cannabis” generates about 18,200 results on the website, most of which point to the emerging cannabis industry or the many benefits linked to medical marijuana.

“An increased amount of objective coverage on the plant can only be beneficial as more people are introduced to medical marijuana.”

Still, a few media outlets have taken their coverage of the emerging cannabis industry one step further than most. In February, USA Today replaced the logo on their website with a cannabis leaf for 24 hours, sparking interest from activists throughout the nation.

While it makes sense considering the laws in Colorado, many of the most intriguing developments in terms of cannabis-friendly media has come from The Denver Post. The newspaper announced in early December that Ricardo Baca would serve as marijuana editor, and they launched The Cannabist a few weeks later to serve as a hub for cannabis-related content.

It seems unlikely that public interest in cannabis will fade anytime soon. An increased amount of objective coverage on the plant can only be beneficial as more people are introduced to medical marijuana, and as the adult-use industry continues to develop in states like Colorado and Washington.