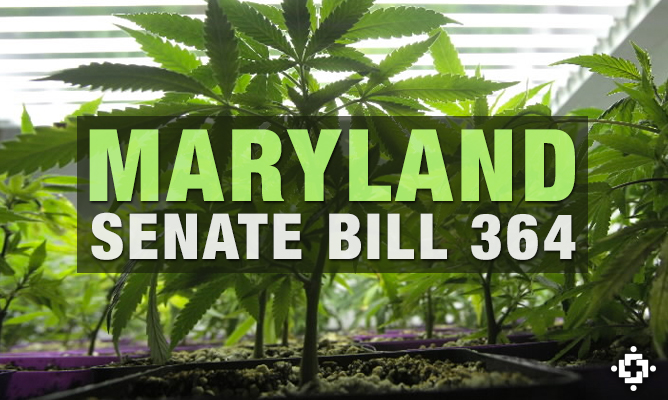 ANNAPOLIS, MD — Continuing the wave of cannabis policy reform that has been working its way across the east coast as of late, the Maryland Senate voted 36-8 Friday in favor of decriminalizing small amounts of cannabis in the state.

“SB 364 is a strong step towards ending the ineffective and destructive prohibition of marijuana,” explains Rachelle Yeung, legislative analyst for the Marijuana Policy Project. “This bill would also free up law enforcement to focus on addressing serious crimes instead of arresting adults for using a substance objectively safer than alcohol.”

Maryland Senators Vote To Decriminalize Cannabis In The State

If written into law, Senate Bill 364 would remove any criminal penalties for small possession. Those caught with up to 10 grams of cannabis in Maryland would be subject to a $100 fine.

“Arrest records have a devastating effect on a young person’s life, and can become an obstacle to obtaining an education, employment, and even housing.” – Rachelle Yeung

Current Maryland law classifies possession of small amounts of cannabis as a misdemeanor offense punishable by up to 90 days in jail and a fine of up to $500. But Ms. Yeung explains that such a hard stance on small possession can have lasting effects.

“Arrest records have a devastating effect on a young person’s life, and can become an obstacle to obtaining an education, employment, and even housing,” she explains.

Of course the result of Friday’s vote is no real surprise to those who have been following the developments in Maryland over the past year. The Senate passed a similar measure in 2013, but it died in the House Judiciary Committee without a vote.

According to a Public Policy Poll conducted in September, a majority of Maryland voters (68%) would support changing state law to decriminalize small amounts of cannabis.

Senate Bill 364 will now advance to the House Judiciary Committee for its consideration.