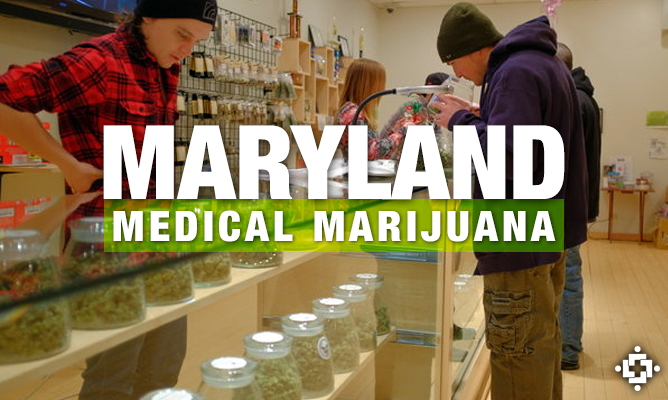 ANNAPOLIS, MD — As one of the 14 states currently considering medical marijuana bills in legislative sessions, Maryland could be the next state to legalize medical marijuana. The Maryland Senate voted 45-1 in favor of Senate Bill 923 – an initiative that would do just that.

This approval came after its third reading of the bill, and now the amended bill will go to the Maryland House for consideration. They approved a similar bill earlier this month.

Maryland Senator Jamie Raskin introduced Senate Bill 923, which was co-sponsored by 12 other senators. The bill allows severely ill residents who suffer from certain qualifying conditions to be able to obtain and use medical marijuana with a doctor’s recommendation. It had no trouble getting approved in the Senate, SB 923 received a 45-1 approval Thursday.

“Marylanders should not have to fear arrest or risk their safety to obtain the medicine that works for them.” – Rachelle Yeung

Previously this month, House Bill 881, another initiative aimed to reform Maryland’s medical marijuana program, passed the House in a 127-9 vote. However, the big difference between HB 881 and SB 923 are the restrictions.

HB 881 is extremely restrictive by most standards, and would limit the number of medical marijuana growers and distributors to 10.

The Senate became concerned with the monopoly that would occur with these restrictions, and decided to put no limit on the number of growers. Instead, they would rather have the state determine possession limits and detailed regulations prior to implementing the bill if passed.

With the only disapproval vote in the Senate coming from Senator Bryan Simonaire, it is safe to say that legislators are largely in agreement that Maryland’s current medical marijuana program has been a failure to provide medicinal cannabis for patients in need.

“The Senate should be commended for bringing Maryland patients one step closer to find real relief with medical marijuana,” stated Rachelle Yeung, a legislative analyst for the Marijuana Policy Project (MPP). “Marylanders should not have to fear arrest or risk their safety to obtain the medicine that works for them. We are hopeful that the House will agree with them, and we can finally begin to implement an effective medical marijuana program.”

In April of last year, Governor O’Mally signed a bill to allow residents of Maryland to obtain medical marijuana for those with severe illnesses. Medical marijuana was to be obtained by state-regulated programs that were administrated by academic medical research centers.

“No research has been approved since the bill was signed into law, and patients have not been able to receive their medication. “

When signed into law, the bill also created the Natalie M. LaPrade Medical Marijuana Commission that was to oversee the new medical marijuana program.

However, no research has been approved since the bill was signed into law, and patients have not been able to receive their medication. Furthermore, there is still no protection from being arrested under the law.

According to a Public Policy Polling survey released by Marijuana Policy Project later in September of 2013, 72% of Maryland voters support permitting terminally ill patients to use medical marijuana with a doctor’s recommendation.