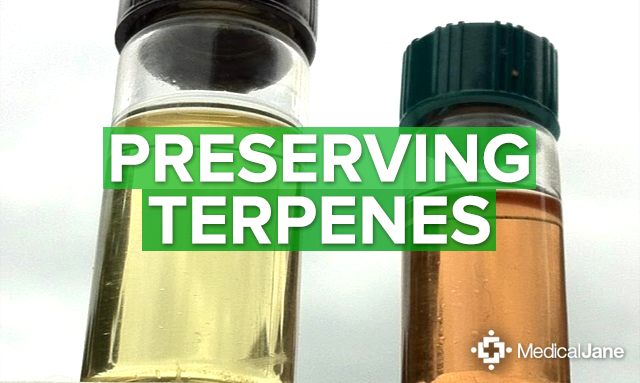 Editor’s Note: Kenneth “K” Morrow is the Founder of Trichome Technologies and the author of Marijuana Horticulture Fundamentals: A Comprehensive Guide to Cannabis Cultivation and Hashish Production. He’s participated in educational forums at various industry events including the 2013 Emerald Cup.

At the moment, concentrate makers worldwide are producing, or attempting to produce, an absolute – a hard piece of see-through shatter/glass. Essentially, what they are looking for is a stable piece of concentrate that can be held in hand without sticking to it. To achieve this goal, they utilize various methods and equipment such as winterization, vacuum purging, and vacuum drying ovens.

The levels of tetrahydrocannabinol (THC) in concentrates overall are getting higher, some exceed 80% THC (either in the raw THCA form or as activated Δ-9 THC). But the pursuit of elevated THC levels has come at the expense of terpenes.

The Role Of Terpenes In Cannabis Concentrates

Terpenes/terpenoids, which are responsible for the aroma and flavor of cannabis, are oil and alcohol based. Thus, the more of them present in a concentrate, the softer and more fluid it will be. The harder it is, the less terpenoids are present.

The act of winterization removes fat and wax from concentrates, but also removes terpenes. Then the act of vacuum purging (or using a vacuum drying oven) removes both the solvent and terpenes. Add heat to the equation, and terpenoids evaporate rapidly.

“Pure THC does not taste pleasant, and adding terpenoids to the equation certainly helps.”

While this results in a final product that is absent of residual solvent, it will also be devoid of many terpenes; not all terpenes – just the lighter oils that are predominately responsible for smell/flavor.

Pure THC does not taste pleasant, and adding terpenoids to the equation certainly helps.

Mind you, all this doesn’t even take into account the “entourage effects” of combining different levels of terpenes and cannabinoids; it has been said that this is largely responsible for the medicinal benefits and slight differences in the perceived “high” from various strains of cannabis.

The article entitled Cannabis Oil: Chemical Evaluation of an Upcoming Cannabis Medicinemakes clear the issues at hand. A team of researchers led by Dr. Luigi L. Romano and Dr. Arno Hazekamp compared various common extraction methods to determine the effectiveness of each one.

They were unable to figure out how to decarboxylate the concentrate, or how to completely rid it of solvent, without evaporating all the terpenoids. As a result, they were left with cannabinoid-rich concentrates with less than the desired levels of terpenoids.

“Once the terpenoids are separated, they should be sealed in airtight containers and placed in a dark refrigerator to prevent degradation by heat, light, or oxygen.”

Therefore, the logical answer is to first remove and concentrate all essential oils/terpenoids. Then you may reintroduce them to the final product.

By first removing the terpenoids, they are whole in composition and the closest aroma to the original plant. Once the terpenoids are separated, they should be sealed in airtight containers and placed in a dark refrigerator to prevent degradation by heat, light, or oxygen.

From there, the cannabinoids can be extracted without losing or destroying any terpenoids.

The final composition of the extract will be determined by the extraction method and solvents utilized. For infused edibles ethanol extraction may be preferred, while extract artists will utilize both ethanol and butane to produce extracts.

It seems that a revolutionary change will be spurred by the introduction of Across International‘s soon-to-be-released Whole Terpenoid Isolator, which was developed in conjunction with Trichome Technologies™ and Kenneth Morrow. It took three years to design and develop the component, and Morrow claims it is the single most important cannabis devlopment since Dr. Raphael Mechoulam discovered the THC molecule in 1964.

Aside from one study conducted by Dr. Alexander Shulgin in 1971, and another that was performed more recently by David Watson & Robert C. Clarke, little research has been done on the topic of cannabis-derived terpenes.

“Plant-based terpenoids are available en masse (e.g. limonene, pinene, etc.), but they are derived from citrus fruit and pine trees.”

Why is this so? Because it has not been feasible to extract whole-composition terpenoids derived from cannabis.

Plant-based terpenoids are available en masse (e.g. limonene, pinene, etc.), but they are derived from citrus fruit and pine trees. It is possible to extract terpenoids utilizing a gas chromatography-mass spectrometry (GCMS), but only minute amounts that have been exposed to heat, or by distillation and other means.

However, this essential oil is only considered the artifacts of the original composition, as the lighter volatile oils were destroyed by heat or carried off with the water vapor/steam. The resulting product pales in comparison to the whole terpene composition.

Before this invention it has not been possible to capture cannabis-derived terpenoids in whole composition form. But the Whole Terpenoid Isolator does just that, which could allow us to research the plant like it has never been done before. 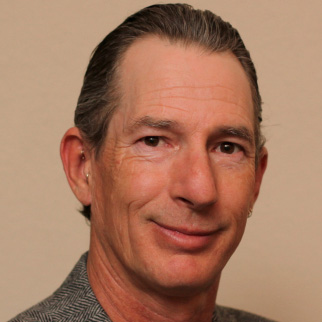 Kenneth “K” Morrow is the Founder of Trichome Technologies and one of the most noticeable names in the cannabis industry. He has contributed to more High Times articles than anyone else in the publication’s history. 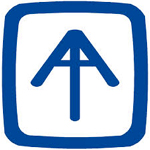 Founded and based in New Jersey, United States, Across International supplies laboratory equipment, in the areas of heat treatment and material processing for universities, research facilities and labs. The company has more than 20 years …