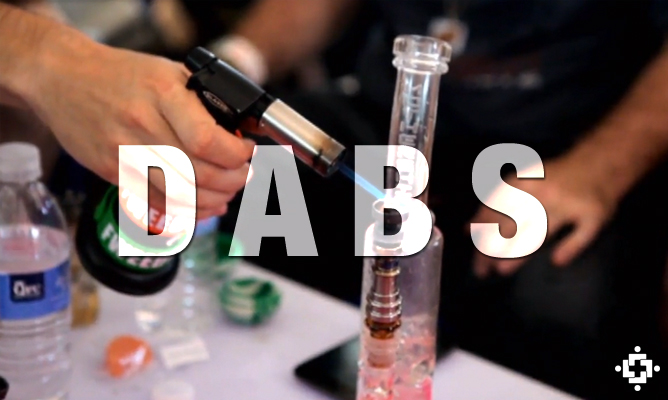 Researchers at the University at Albany, State University of New York (SUNY) released a study last week about the recent widespread popularity of dabbing, including the growing concern in regards to safety. Analysts concluded that dabbing, a slang term that refers to the vaporization of concentrated cannabis, “created no more problems or accidents than using flower cannabis.”

Is Dabbing More Problematic than Smoking?

According to the SUNY researchers, this study was conducted with the purpose to “gather preliminary information on ‘dabs’ consumers and test whether ‘dabs’ use is associated with more problems than using flower cannabis.” The results were recently published in the journal Addictive Behavior.

The study notes that recent press reports have considered “dabbing” to be riskier than smoking flower cannabis. However, the results of this survey refute those claims – there is no data to suggest that “dabbers” experience more problems than those who smoke traditional cannabis flowers.

How Was The SUNY Dabs Study Conducted?

Researchers asked 357 participants about their history of cannabis use and how they identify as a cannabis user (for example, whether or not they consider themselves to be a recreational user or a medical patient).

“Study participants were recruited online from major cities in each region of the U.S.” Mallory Loflin, author of the SUNY study explains. The survey was completely anonymous, and the only requirements to be involved were that you had to report some history of dabs use and be over 18 years old.

“We were happy to see that demographically the sample was well representative of the U.S. population at large.” – Mallory Loflin

“We were happy to see that demographically the sample was well representative of the U.S. population at large,” Loflin says.

“Normally marijuana studies attract a much larger percent of men than women. Surprisingly, we had women responding to our ad about as often as men.”

Other questions asked included how often participants dab or smoke flower cannabis, and what types of problems they’ve experienced from smoking flower and dabbing. This could include both health problems and potential accidents associate with eithe consumption method. Participants were also asked to report on their symptoms of dependency, including their experience of increased tolerance and withdrawal.

Dabbing May Lead To A Higher Tolerance Level

Interestingly enough, researchers found that the cannabis users that were familiar with dabs considered dabbing to be significantly more dangerous than smoking flower cannabis. However, the data collected showed no evidence of more problems or accidents occurring while using dabs.

“Dabs might lead more readily to a dependency-related syndrome than flower cannabis, but there’s no evidence that it’s use is interfering in peoples major domains of life more than what we see with the use of flower cannabis.” – Mallory Loflin

Even so, research did suggest that dabbing could lead to a higher tolerance and symptoms of withdrawal. “This isn’t surprising given the higher dose concentration with dabs,” Loflin explains.

Explaining her interpretation of the study, Loflin had the following to say: “The results suggest dabs might lead more readily to a dependency-related syndrome than flower cannabis, but there’s no evidence that it’s use is interfering in peoples major domains of life more than what we see with the use of flower cannabis.”

Because there is not enough scientific literature on dabbing, Loflin explains that researchers are unable to begin clinical trials just yet. However, the results indicated from this survey are encouraging and she agrees that further analysis is necessary.