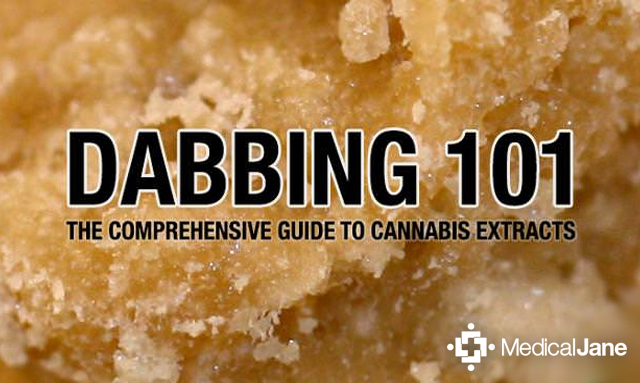 Marijuana Extracts Are Growing In Popularity

For those who are not already aware, cannabis concentrates have dominated much of the public conversation about cannabis recently. Surely, marijuana extracts have been around for years – hash and kief being the most obvious examples – but one particular variety of concentrate, “cannabis oil” is coming to the forefront as of late.

The cannabis industry, and even pop-culture, seems to be making an overall shift towards cannabis concentrates. Competitions like the 710 Cup and The Secret Cup are popping up to celebrate the accomplishments of hash makers and crown the best extracts. Although these competitions are open to all types of concentrates, cannabis oils always seem to dominate the proverbial leader board.

Unfortunately, there is far too much misinformation on the topic of cannabis extracts, especially when it comes to making the oil. It seems that sensationalist media figures want to paint “dabbing” – a term that refers to vaporizing a small amount of cannabis oil – as the next big danger to society. While there are definitely risks to be considered, many of the existing issues can be eliminated with proper education and precautions.

What Is Dabbing? What Is A Dab?

The growing popularity of cannabis oil leads to a number of questions from those discovering dabbing for the first time. The first of which, of course, is “What are dabs?” To put it simply, a dab is a small amount of a concentrated cannabis extract. “Taking a dab” refers to the process of touching, or “dabbing”, this small amount of extract against a heat source, a titanium nail in most cases (sometimes glass or quartz), in order to vaporize the extract.

The most potent cannabis flowers in the world lab test around 30% total cannabinoids at best. Keeping in mind that a certain percentage of a flower’s weight would be terpenes, one could reasonably assume that 50% or more of it would be vegetative plant matter. This plant matter, in addition to having limited therapeutic value, can be harmful to the lungs when smoked.

Of course, one can avoid the harmful carcinogens by vaporizing cannabis, and that is the thought process behind “dabbing” as well. Using one of many solvents, concentrate makers are able to separate the essential oils, which contain cannabinoids and terpenes, from cannabis plant matter. A list of commonly used solvents include: ethanol (Everclear), Isopropyl Alcohol, Propane, CO2, and Butane.

“When made correctly, cannabis concentrate should be reminiscent of the strain it was extracted from. The smell, taste, and effect is simply magnified.”

A lot of confusion about cannabis extracts stems from the lack of uniform terminology in the cannabis community. For instance, ‘Butane Honey Oil’, or ‘BHO’ as it’s commonly referred to, is a type of concentrate made using butane as the solvent.

While a number of variables can determine the final consistency of BHO (mostly temperature), people use different names when referring to each consistency. ‘Shatter’ for instance, refers to the glass-like consistency that often snaps or “shatters” when handled. Budder, honeycomb, and sap also have their own meanings, though they all fall under the category of BHO.

As the name suggests, the finished cannabis concentrate will be much more potent than medicating with the whole flowers it was extracted from. This is because the process of making oil focuses on extracting only the beneficial compounds, or resin, from the cannabis flowers. When made properly, a cannabis concentrate should be reminiscent of the strain it was extracted from. The smell, taste, and effects are simply magnified due to a larger concentration by weight.

How Do You Dab?

The typical “dab” set-up involves a bong or bubbler with a twist. Each “dab rig” will need a heating element that allows it to vaporize cannabis concentrates. One common type of heating element is a skillet, or pad. They are usually made from quartz or titanium, which allows them to retain high temperatures.

The first step is to heat the skillet with a handheld torch. Once hot enough, use the “swing” to put the skillet in place. Now, you may dab your cannabis concentrate, which is on a “dab tool,” in the center of the skillet. It is important that you inhale at the same time that your concentrate touches the pad. Otherwise, you will lose a great deal of vapor.

Another, more common heating element is the nail. Like skillets, quality nails are usually made from titanium or quartz. However, glass nails are easier to find and are sold much cheaper as well. The only problem is that glass nails break after prolonged use. In our experience, we have been lucky to get more than 3 months use out of a glass nail.

Most nails require the use of another piece, called a ‘dome’, which fits over the nail and has a small opening in the top that helps capture & direct the vapor back down through the pipe when it comes off the nail; so you don’t lose any. Domes are typically made of glass and can often times be very intricate pieces of art.

With that said, domes & nails can also be a difficult concept for new “dabbers” to grasp, as many people still feel like they have to pull the nail or dome out of the slide after their hit (like they are clearing a bong rip…this could lead to some toasty fingers).

In light of that, a number of companies have developed “domeless nails” which eliminate most of the confusion, but still leave an exposed piece of titanium that is somewhat of a hazard to the more clumsy type.

As with skillets, the first step to taking a dab with a nail is to heat it up with the torch. Once hot, slide the dome in place (unless it is a domeless nail, of course) and simply dab the concentrate on the nail while inhaling.

Dabbing is a method of medicating that may appear odd and somewhat dangerous to the untrained eye. The use of an open-flame torch, albeit small, can turn patients away from the phenomenon altogether. However, dabbing doesn’t entail any more risk than cooking over a gas stove. As long as precautions are taken, there is not much to worry about.

Of course, the entire aspect of fire can be eliminated with vaporizer pens if patients prefer. Furthermore, a number of companies such as Highly Educated and Retti Nail have developed electronic nails that allow the patient to set the temperature of their nail. Not only does this eliminate the need for open flames, but it adds a level of control & accuracy that is close to impossible to achieve with a torch.

“Dabbing cannabis concentrates is a great alternative for those who do not wish to smoke their cannabis.”

Surely, a great deal of concern comes from news reports about explosions while making BHO. This is nothing to sweep under the rug, but these situations are largely due to a lack of precaution.

Concentrate making is best left to those with experience, but if it must be done, it should always be done outside or in a lab setting with a specialized ventilation system to ensure proper air flow. Because of the flammable nature of butane gas, even static electricity should be avoided when making BHO (its best to keep cell phones at a distance).

Another concern that deserves its own discussion is the possible presence of residual solvents in cannabis extracts. Again, this problem is due to either a lack of education or precaution on behalf of the concentrate maker and/or the dispensary from which it was distributed. Testing labs like Steep Hill Halent (Oakland), The Werc Shop (Los Angeles), and Cann Labs (Denver) offer residual solvent testing for concentrates. These tests allow them to determine the amount of solvent (butane, propane, ethanol, etc.) in a given extract.

Overall, “dabbing” is a phenomenon that poses a number of questions for those being newly introduced to it. The news portrays it as “the next crack,” when it truly could improve the quality of life for a number of medical marijuana patients. Consider the patient who uses medical marijuana to help treat depression, but also has asthma, and therefore needs something easier on the lungs.

“Dabbing” cannabis concentrates is a great alternative for those who do not wish to smoke their cannabis, as well as connoisseurs who desire a more flavorful experience than most flower can provide. With that said, it is unlikely that cannabis industry’s love affair with concentrates will come to an end anytime soon.