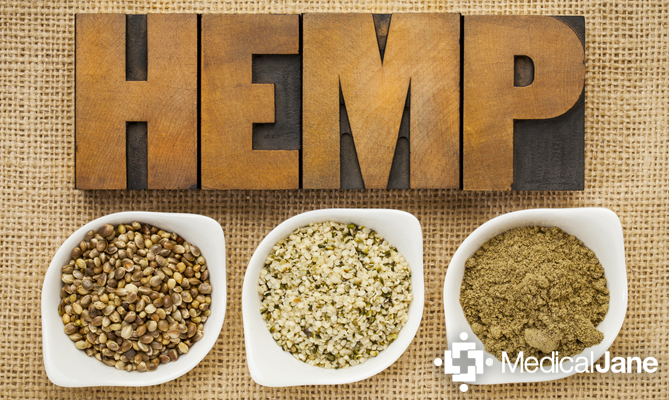 What Is Hemp? Understanding The Differences Between Hemp and Cannabis

When trying to wrap your head around the differences between hemp and cannabis, it is important to begin with this simple concept: Both hemp and cannabis ultimately come from the same plant… just different parts. Whether you call something hemp or cannabis will depend on a variety of factors which we will explore in this article. However, despite the fact that the terms hemp and cannabis are often used interchangeably, they do have separate connotations.

Differentiating Between Hemp and Cannabis

Unfortunately, prohibition has spurred a lack of education surrounding the cannabis plant. This has led to countless rumors about what makes hemp different from cannabis. Everything from “hemp plants are male and cannabis plants are female” to “cannabis is a drug and the other is not” are incorrectly being preached as common knowledge to unknowing bystanders. So, how are these terms supposed to be used? Let’s find out.

According to a 1976 study published by the International Association of Plant Taxonomy concluded “both hemp varieties and marijuana varieties are of the same genus, Cannabis, and the same species, Cannabis Sativa. Further, there are countless varieties that fall into further classifications within the species Cannabis Sativa.”

However, depending on how theplant is grown and utilized will determine which term is correct. For instance, the term cannabis (or marijuana) is used when describing a Cannabis Sativa plant that is bred for its potent, resinous glands (known as trichomes). These trichomes contain high amounts of tetrahydrocannabinol (THC), the cannabinoid most known for its psychoactive properties.

Hemp, on the other hand, is used to describe a Cannabis Sativa plant that contains only trace amounts of THC. Hemp is a high-growing plant, typically bred for industrial uses such as oils and topical ointments, as well as fiber for clothing, construction, and much more.

Only products made from industrial hemp (less than 0.3% THC) are legal to sell, buy, consume, and ship. This single factor (0.3%) is how most people distinguish between what is classified as “hemp” and what is classified as “cannabis.” This limit has led to mass controversy (for good reason), which we will dive into a bit later. But first, let’s take a look at how hemp is utilized all over the world.

From hemp apparel and accessories to diets and hempseed oil cosmetics, the plant is seemingly found everywhere you look. Hemp can be made into wax, resin, rope, cloth paper and fuel, among many other things.

One of the reasons hemp is so valuable is because of its fiber length and strength. These long bast fibers have been used to make paper almost for 2 millennia. Thomas Jefferson drafted both the Declaration of Independence and the U.S. Constitution on hemp paper.

Until the early 19th century, hemp and flax were the two chief paper-making materials. In historical times, paper was processed from hemp rag. Using hemp directly for paper was considered too expensive, due to its lack of demand at the time. Wood-based paper came into use when mechanical and chemical pulping was developed in the mid 1800s in Germany and England. Today, at least 95% of paper is made from wood pulp. This makes little sense when considering hemp can easily produce much more paper per acre than wood pulp alternatives.

The hemp paper process also utilizes less energy and fewer chemicals than tree paper processing and doesn’t create the harmful dioxins, chloroform, or any of the other 2,000 chlorinated organic compounds that have been identified as byproducts of the wood paper process.

According to Hemp: A New Crop with New Uses for North America, “the primary bast fibers in the bark are 5–40 mm long, and are amalgamated in fiber bundles which can be 1–5 m long (secondary bast fibers are about 2 mm long). The woody core fibers are short—about 0.55 mm—and like hardwood fibers are cemented together with considerable lignin. The core fibers are generally considered too short for high grade paper applications (a length of 3 mm is considered ideal), and too much lignin is present.”

Studies have shown consumption of raw hemp seeds can help lower blood pressure and cholesterol, accelerate weight loss, improve one’s immune system, control blood sugar levels, and even reduce inflammation. This makes hemp seeds extremely nutritious. They contain a bundle of essential amino acids and fatty-acids. This may explain why the “hemp for food” industry is growing rapidly and has increased over 300 percent, to an estimated 25,000 products, in the past few years.

In its raw form, hemp has the second highest amount of protein of any food (soy being the highest). However, because the hemp seed’s protein more closely resembles the protein found in human blood, it is much easier to digest than soy protein. Hemp seeds can be eaten whole, pressed into oil, or ground into flour for baking.

The concept of using oil derived from vegetables as an engine fuel is nothing new. In 1895, Dr. Rudolf Diesel developed the first diesel engine to run on vegetable oil — peanut oil to be exact. When you press the hemp seeds and extract the oil, you are actually creating hemp biodiesel. Additionally, through processes such as gasification, hemp can be used to make both ethanol and methanol.

The Controversy of Classifying Hemp vs. Cannabis

The international definition of hemp (as opposed to cannabis) was developed by a Canadian researcher in 1971 who goes by the name of Ernest Small. Small’s arbitrary 0.3 percent THC limit has become standard around the world as the official limit for legal hemp, after he published a little-known, but very influential book titled The Species Problem in Cannabis.

“There is not any natural point at which the cannabinoid content can be used to distinguish strains of hemp and marijuana.” – Ernest Small

In this same book, Small discusses how “there is not any natural point at which the cannabinoid content can be used to distinguish strains of hemp and marijuana.” Despite this, Small continued to “draw an arbitrary line on the continuum of cannabis types, and decided that 0.3 percent THC in a sifted batch of cannabis flowers was the difference between hemp and marijuana.” As you can imagine, this has led to some controversy and confusion as to what truly constitutes the difference between hemp and cannabis.

Additionally, your location will determine your understanding of what constitutes hemp vs cannabis. For instance, Health Canada defines hemp as products of Cannabis Sativa which contain less than 0.3 percent THC, whereas U.S. law defines hemp as all parts of any Cannabis Sativa plant containing no psychoactive properties, except for defined exceptions.

A recent court case between Hemp Industries Association v. DEA concluded “the DEA can regulate foodstuffs containing natural THC if it is contained within marijuana, and can regulate synthetic THC of any kind. But they cannot regulate naturally-occurring THC not contained within or derived from marijuana—i.e., non-psychoactive hemp products— because non-psychoactive hemp is not included in Schedule I.”

Hemp seed oil is extracted by pressing the seeds of the female cannabis hemp plant. The hemp oil extracted is very nutritious in terms of a dietary supplement but hemp seed oil lacks cannabinoids, which are the main compounds found in the cannabis plant that have the ability to help battle cancer. Hemp seed oil is found mostly in products in your local grocery store and typically contains twice the levels of omega 3 found in olive oil with only half of the total calories.

There is a big difference between hemp seed oil and hemp/CBD extract. Hemp/CBD extract is the main ingredient in popular products like Charlotte’s Web and other CBD-specific brands. Products containing hemp/CBD extract do have a wide range of cannabinoids, just limited to no THC. Because the total THC content is below the legal limit, products consisting of hemp/CBD extract can be shipped nationwide, across all 50 states. These types of products can be beneficial for increasing the quality of one’s life; many patients report that they have found relief for a wide range of ailments from hemp extract alone. However, the lack of THC does provide an issue for patients that have a treatment plan that requires high doses of THC, so it will depend on your specific use-case.