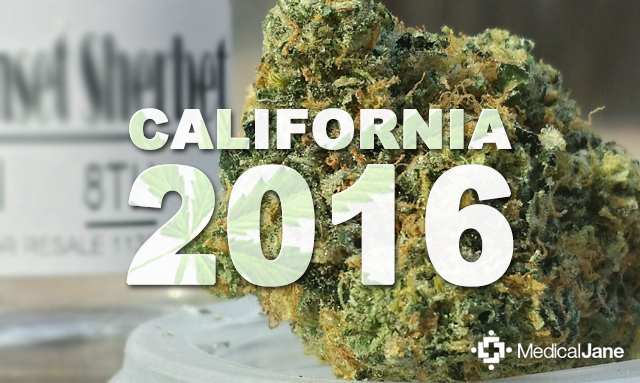 The March Toward Marijuana Legalization in California: 2016 and Beyond

In less than two years, California voters turn to the polls and face the serious choice of reforming state law in favor of cannabis legalization. It has only been about five years since 53.5% of California voters rejected California Proposition 19 (also known as the Regulate, Control & Tax Cannabis Act) on the November 2, 2010 statewide ballot. Will 2016 be déjà vu all over again?

Following In The Footsteps of Other States

The silver lining to the cloud of Proposition 19’s defeat are the victories in the ongoing national legalization war. Since 2010, the states of Colorado (2012), Washington (2013), Oregon (2014­-2015), and Alaska (2015) have implemented cannabis legalization regimes ­­mixing regulations and taxes ­­ for both medical marijuana and adult-­use markets. States such as Arizona, Maine, Massachusetts, and Nevada are also targeted by activists for legal reforms in 2016.

California’s activists generally feel confident that the last proposition effort worked to raise support for the national reform movement. They also see 2016 as the year to unify a coalition and win the fight for cannabis legalization in California. Led by the Drug Policy Alliance, the American Civil Liberties Union, and a collection of marijuana and social justice reform groups known as the Coalition for Cannabis Policy Reform, a cast of characters has emerged in this next round of dramatic popular democracy. This time, they have the lessons of history, and of other jurisdictions, to help.

Amanda Reiman, the Manager of Marijuana Law and Policy at the Drug Policy Alliance, emphasizes that California’s legalization effort is a big responsibility with consequences for the entire state economy, which is the largest in the United States.

At the “Critical Perspectives on the Drug War” conference, organized by Students for Sensible Drug Policy at the University of California School of Law, Irvine, on February 21, 2015, Reiman shared her strategic vision: legalization will be won by bringing together a coalition of reform groups, social justice groups, medical marijuana advocates, academics, politicians, special interests and industry stakeholders. Over the coming months, these conveners will collectively prioritize ambitious policy goals and draft the language for the 2016 proposition, while taking heed from other states’ experiences.

For Reiman, passing the new proposition entails a different approach than the one taken by activist Richard Lee in 2010. This time, conveners are bringing together the marijuana community (medical and adult­-use) and others who have a stake in this policy change (environmental, labor, parent, and other groups), in an attempt to align their concerns with the economic potential in state­-sanctioned cannabis industrial capitalism in California. Reiman is fully aware of the propensity for initiatives to lose support at the tail end of a campaign, and that get-­out-­the-­vote campaigns need to be robust and strategic, as they were in Oregon in 2014.

Dale Sky Jones, Executive Chancellor at Oaksterdam University and member of the Board of Directors of the Coalition for Cannabis Policy Reform, is equally optimistic about the 2016 legalization effort, but she recognizes the political obstacles that activists face. Jones believes that California Attorney General Kamala Harris, who is looking to replace retiring US Senator Barbara Boxer, may exert an influence over the outcome of the 2016 legalization proposition. Specifically, Harris has been targeted by Jones and other activists in email campaigns urging her to apologize for literally “laughing” at the idea of cannabis legalization.

Harris recently reiterated her public position that cannabis legalization is “inevitable.” Though she has not publicly endorsed legalization itself, she told The San Francisco Chronicle that she has “no moral objection” to it. Jones notes that others may yet run a senatorial campaign that, among other things, challenges Harris’s passive position with regard to cannabis legalization. According to The Sacramento Bee, Democrats considering bids include Reps. Loretta Sanchez, Adam Schiff, Xavier Becerra, and former Secretary of the Army and Assemblyman Louis Caldera.

Meanwhile, the positions of unannounced presidential candidate Hillary Clinton and current US Senator Dianne Feinstein may also present obstacles. Reiman would “love for [Hillary] to be at least neutral” on any California proposition legalizing cannabis in 2016, perhaps supporting “states’ rights” on the issue. As for Senator Feinstein, her office explained to the Drug Policy Alliance that the Senator would not be supporting cannabis legalization while she holds office, Reiman clarified. Feinstein’s stance may be discounted somewhat in the political calculus of 2016 legalization, as she is not running for office in next year’s election cycle.

Similar But Different Props May Lead to Confusion

Finally, there is the obstacle of California voters reading more than one proposition, which may be put on the 2016 ballot as the result of local democracy or even outside money shenanigans. Voters choosing from among different but similar propositions on the same ballot can create voter confusion, as in the case of Los Angeles’ Proposition D dispensary initiative.

“The secret to legalization is gaining ballot support from voters who may not like marijuana, but they like reform.” – Graham Boyd

Reiman believes that the ballot initiative currently being drafted by the Drug Policy Alliance and its coalition will attract the biggest share of fundraising resources, leaving other contenders without adequate funds to pose an electoral threat in 2016. Jones reports “heading off at the pass about 10­-15 efforts” at putting an alternative legalization measure on the California ballot next year. But she also acknowledges that in 2010 Governor Arnold Schwarzenegger’s support for California’s Proposition 47 (the Reduced Penalties for Some Crimes Initiative), while meaningful in itself, stole the thunder from Proposition 19.

Jones also calls out federal Drug Enforcement Agents who promised “hellfire and damnation” if California voters legalized cannabis in 2010. Jones’s fear for 2016: Jeb Bush will find a way, with pundits and donors, to eventually “peel off” voters as election day approaches.

Despite foreseeable obstacles, Jones takes strength from history. If nothing else, Proposition 19 was a success in that it “got more votes than any Republican candidate running for office in California” that year, Jones says. Activists’ messaging is clear: A unified voice and a willingness to compromise to achieve victory will defeat prohibition and vindicate civil and labor rights, public health, and environmentalism. Veteran cannabis activist Graham Boyd, Director of New Approach PAC, summarized it best in his keynote address at the same conference where Amanda Reiman shared campaign strategy: The secret to legalization is gaining ballot support from voters who “may not like marijuana, but they like reform.”