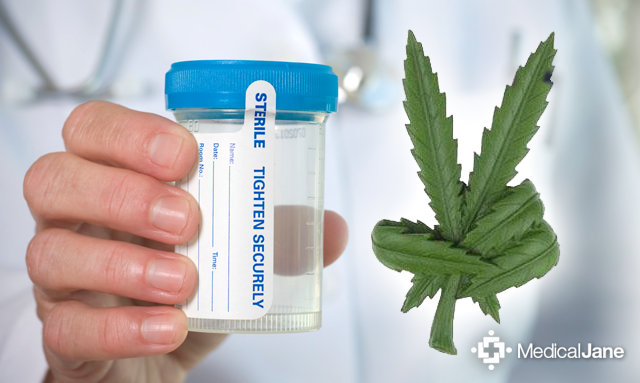 How Long Does THC Stay In Your System?

Do The Words “Drug Test” Give You a Panic Attack?

Many different methods exist for testing for drugs, but most employers, insurance companies, government agencies, etc., will ask for a urine test, as this is the industry standard for workplace drug testing and the only method approved for federally mandated drug tests.

What Are They Looking For During A Drug Test?

Delta-9 tetrahydrocannabinol (THC), a cannabinoid found in cannabis, is psychoactive and credited for creating euphoric and psychoactive effects. Your urine is used to test for the amount of just one of the metabolites of THC. A metabolite is basically a chemical produced by the body from another chemical taken in by the body. The metabolite they are looking for is THC COOH.

“It is difficult to say the length of time that you will test positive for cannabis use since the metabolic process of your body converting THC into THC COOH can vary from person to person.”

While THC COOH has no psychoactive effects, it can be detected in your urine for weeks, even months. It is not a marker for current impairment, so it is arguably useless, but nevertheless, THC COOH has become the standard of evidence for determining if you test positive for marijuana use.

How Long After Smoking Marijuana Will I Test Positive?

It is difficult to say the length of time that you will test positive for cannabis use since the metabolic process of your body converting active THC into inactive THC COOH can vary from person to person. Factors such as the quantity of marijuana consumed, frequency of use, method of consumption, and even what you eat and drink can modify the amount of time that traces of THC COOH will be detectable in your urine come test day.

It Was Just One Night… Does That Make a Difference?

It depends. There are several studies that suggest a smaller “window of detection” (the number of days following the last use that a urine sample will produce positive results) and others that suggest a larger window, especially for chronic users.

Most will agree, a one-time user is typically vulnerable to testing positive for up to three days after use. After that, the chances of testing positive greatly decrease because any trace of THC COOH will likely fall below the required threshold for a positive result. The standard for most employment and government testing programs is 50 nanograms per milliliters (ng/ml). It is possible, however, to test positive 7+ days.

Frequent, regular cannabis consumers should not be surprised to test positive for a minimum of one week to 10 days after their last use and up to 100+ days thereafter.

What Can I Do To Ensure I Pass The Drug Test?

As you may expect, there are numerous products on the market that claim to cleanse your system or mask your use. There are even some companies that offer “clean” urine. There are many reasons to be doubtful of these products and their claims. Most do not work, are expensive, and can even be identified in a drug test. Collection facilities and labs have become more sophisticated in detecting a specimen that has been influenced or altered. Cheaters typically get caught.

But don’t panic. There are some simple, inexpensive and legal things that you can do to help lower the amount of metabolites in your urine and influence your test –

There is a lot wrong with urine drug testing — accuracy, privacy violations, proof that it improves workplace efficiency or safety. Unfortunately, until alternative methods are more widely available and accepted, it remains the go-to method in the work place.