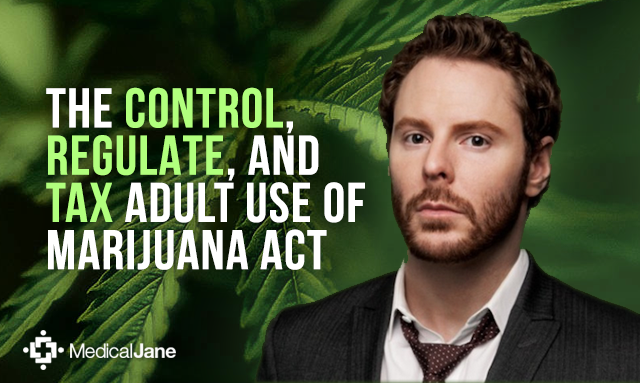 The battle in California to legalize marijuana is heating up. An alliance of industry organizations and wealthy supporters, spearheaded by Napster co-founder and jet-setting billionaire Sean Parker, are looking to disrupt the cannabis industry just as Parker did in the music and technology industries. Sacramento political consultant Gale Kaufman and the capital political law firm Olson Hagel & Fishburn were engaged to draft the 2016 initiative.

On Nov 2, official proponents of the measure (Michael Sutton, an environmental attorney and Dr Donald O Lyman, a member of the California Medical Association) filed ballot language with the state. The Control, Regulate, and Tax Adult Use of Marijuana Act is one of many measures already submitted and intended for the 2016 election.

Not to be distracted by the names behind the initiative, here is what the seed-to-sale system of commercial regulations proposed by the Parker group would do if approved by voters:

In a statement Parker issued about the proposed initiative, he said “It’s very encouraging to see a vibrant community of activists … coming together around a sensible reform-based measure that protects children, gives law enforcement additional resources and establishes a strong regulatory framework for responsible adult use of marijuana — one that will yield economic benefits for all Californians.”

The Marijuana Policy Project, Drug Policy Alliance and the California Cannabis Industry Association, are reportedly on board. Lt Gov Gavin Newsom endorses the proposal, calling it a “thoughtful measure.” Letters of support have been submitted by several environmental groups.

Can Community Support Come Together Behind One Measure?

It is important to remember that the Parker initiative isn’t the only measure fighting for a spot on the ballot. Groups like the Coalition for Cannabis Policy Reform, which submitted its own initiative on October 2 with the backing of the president of the California NAACP, the California Cannabis Hemp Initiative 2016, which began collecting signatures this week, the Cannabis Control and Taxation Act filed by George Mull, and several others are going to need to add significant resources to their arsenal to compete with the deep pockets, political connections and celebrity presence attached to Parker ballot initiative. It takes a big pot of money, millions and millions, to run a winning campaign. The Parker initiative is well prepared for the battle with its heavy artillery of wealthy and connected individuals, who some fear are motivated by profits as much as activism.

Can community support come together behind one measure, or will it be split among multiple initiatives? The breadth of the content and the approach for setting industry and cultivation rules and the focus on social justice are just some of the issues contributing to the disjointed effort. Many marijuana advocates are concerned that intense divisions within the cannabis community, which they blame for the defeat of Prop 19 in 2010, will deliver the same result in 2016.