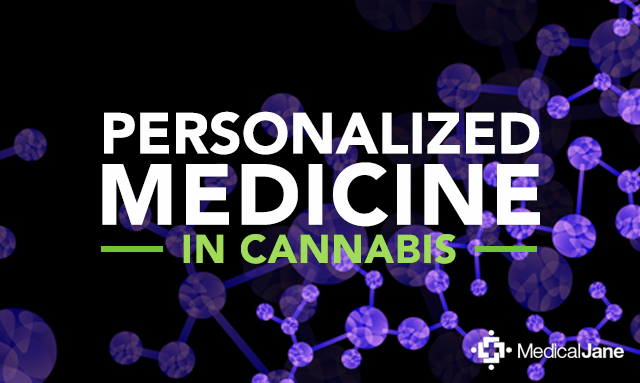 Also known as “precision medicine, P4 medicine, and/or stratified medicine,” personalized medicine is the practice of tailoring medical decisions, prescriptions, practices, and interventions to a particular individual. The concept is simple, really: no two people share the same exact genetic content; seeing as genetics play a significant role in the efficacy of pharmaceuticals, why should two individuals with different genes be prescribed the same medical treatment? That’s where personalized medicine comes in. Personalized medicine focuses on the model that each individual should undergo diagnostic panels that include, but are not limited to, genome sequencing, blood tests, family history, and behavioral testing.

In traditional western medicine, the “trial and error” approach to medicine rests on the assumption that if it works for most people, it should work for you. This is an understandable practice—what other choice do physicians have other than trying to identify the solution that works for most people? If you are a physician and your treatment plan has worked for dozens of patients with the same ailments as your current patient, you may say to them: “Try this. If it doesn’t work, we will try another.” However, often times it is the case that a user could experience an adverse drug events (ADE). As a matter of fact, 770,000 people in the U.S. experience injury or death by ADE – an alarmingly high figure that could be lowered with an increasing adoption of personalized medicine practices.

“It’s far more important to know what person the disease has than what disease the person has.” – Hippocrates 460 BC

Hippocrates, back in 460 BC, is thought to have been the first to mention the concept of providing personalized medical treatments based on an individual’s characteristics. He can be quoted with saying “it’s far more important to know what person the disease has than what disease the person has.” Karl Landsteiner made what was debatably the first step into personalized medicine when he recognized that people have different blood types. His discovery that mixing blood from individuals within the same blood group did not result in blood cell destruction – a finding that allowed Reuben Ottenberg to make the first successful blood transfusion in 1907. It wasn’t until WWII that physicians started to recognize the individualized reactions to drugs; an anti-malarial drug that was highly effective for Caucasians ended up giving a majority of African Americans anemia. It was later unveiled that African Americans are less likely to have a gene active that protected them from developing anemia in the presence of the compounds present in the drug.

Given the advent of genomics, which has provided clinicians with a newfound, vast wealth of information regarding the molecular bases of disease, personalized medicine has begun to peak the interest of mainstream medicine. If you know a person’s genome and know a certain type of drug has increased danger or efficacy to someone expressing that genome, then you can refine the treatment of their medical ailments and prevent a slew of negative side effects. According to economist projections, in 2020 genome sequencing could cost less than a dollar.

How do you remember your first encounter with cannabis? Someone passed you a joint, you took a few puffs and experienced the classic relaxation, uncontrollable laughter and enjoyable buzz (or) you found yourself sleeping on the couch or paranoid everyone at the party was an undercover agent waiting to arrest you for being high (the mental equivalents of an ADE). The difference in reactions to the same joint across multiple individuals is almost certainly strain-specific. If you disliked cannabis your first time, it could be that you had a strain that wasn’t the right fit for you. With over 800 strains of cannabis being actively cultivated, all with drastically different cannabinoid ratios and terpene profiles capable of inducing considerably different subjective experiences and medical alleviations, strain choice is a critical, yet daunting, process.

Imagine the plight of a patient just prescribed medical marijuana for their medical ailments. Thousands of people walk into a dispensary every day, only to be greeted by dozens of cannabis strains they’ve probably never heard of before. They could rely on Internet reviews to guide their choice, but nowhere in the plethora of text would they find a reliable resource that would address the efficacy of that strain specifically for him/her. Thereby, the cannabis industry lends itself well to assisting in the ushering in of the upcoming era of personalized medicine, even if it is still too early to collect the necessary data sets to make the proper correlations for each type of cannabis strain/product.

While the science behind user-specific cannabis strain recommendations may be in its infancy, the notion of personalized medicine has been a long time coming. With cheap genetic profiling on the rise, the medical industry is likely to soon face a moral obligation to implement personalized techniques in the spirit of preventing the high rate of ADEs. 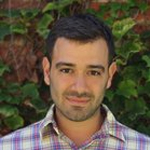 Nicco Reggente is the founder and CEO of WoahStork. Nicco has earned two bachelor degrees from NYU and is currently pursuing a Ph.D at UCLA with a concentration in machine learning and fMRI. He is …