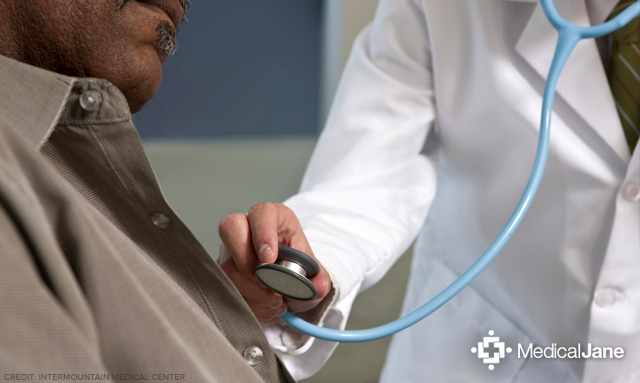 The Israel National Institute For Health Policy Research has provided us with a copy of the initial results from the study Health Utilization and Characterization of Patients Using Medical Cannabis in Israel. Here are the real facts of the study:

Israel is seeing a significant increase in the use of medical cannabis. The law approves its use for non-cancer and cancer pain, nausea and lack of appetite in cancer patients, multiple sclerosis, epilepsy, inflammatory bowel disease and more. The number of licensed users in Israel currently reaches over 23,500 users. It was observed that no evaluation or follow-up of these patients was taking place.

The objective of the study was to follow-up with new users of medical cannabis, and only those who were medicating for pain, for four months to determine and characterize:

213 patients were interviewed (65 of them cancer patients). The majority of patients had tried different treatment before cannabis and decided to give cannabis a try due to side effects or lack of efficiency of other treatments.

79.9% of cancer patients and 67.1% of non-cancer patients reported a variety of side effects, with the most frequent being hunger, dry mouth, elevated mood and tiredness.

Only 9% of the patients reported on the first interview that they had stopped using medical cannabis.

The study concluded that monitoring of medical cannabis use is essential and will influence the future decision about this scientifically controversial issue, and that evaluating outcomes of medical cannabis has important health policy implications and should be a priority for policymakers.

The 6th International Jerusalem Conference on Health Policy, held May 23-25, provided a platform for exploring the dynamic evolution of health policy worldwide and acknowledging its complex, uncertain and interactive nature. Pesach Shvartzman, one of Israel’s leading family physicians and a prominent expert in both pain control and palliative medicine, took this opportunity to unveil the findings of an “unprecedented” cannabis study he has been heading since the latter part of 2013.

The study was performed to help determine whether patients experience any after-effects from cannabis use, how many of them stop using it and why. “We couldn’t find any similar study in the world,” Schwartzman said. “It’s a rapidly growing business and we need to know what we’re doing to our patients when we give them cannabis.”

“In Israel and the world there’s anecdotal evidence about the use of cannabis, showing that it can be beneficial in certain conditions. The most common condition is usually pain from a neurological source. There’s also evidence it helps in cases of multiple sclerosis. Some cancer patients testify that it helps in cases of appetite loss and nausea. In contrast, there are negative effects such as severe cases of psychosis.” – Prof. Shvartzman

Financed by the National Institute for Health Policy Research, and conducted together with Dr. Silvio Brill (who heads the Pain Treatment Unit at Tel Aviv’s Ichilov Hospital and is also chairman of the Israel Pain Association) and Dr. Itai Gur-Arie (the head of the Sheba Medical Center, Tel HaShomer’s Pain Management Unit), the study was to follow new cannabis users for two years. It was also to be based on interviews held with 1,500-2,000 patients who agreed to take part in the project. The premise of the study was to look at their socioeconomic characteristics, disease profiles, the medical indications for use, dosages, treatment given to the patient before giving cannabis, treatment safety, side effects, response and effectiveness of treatment and the patient’s use of health services before and after treatment.

The patients would be observed at three pain clinics and interviewed by phone during the first three months of their treatment and then every four months for two years, enabling the scientists to ascertain the cannabis’ success and effectiveness, as well as which uses are more effective and what kind of patients benefit the most from cannabis treatment. Most of the users reported in later interviews that their pain, nausea, anxiety, appetite and general feeling had improved. Fewer than one in 10 stopped taking the drug after the first interview and 6% after the second interview.

At the Health Policy conference, Shvartzman unveiled results of the study (as outlined in the update above) and concluded that most users experienced significant improvement in pain and function, but that cannabis also caused side effects, with more than 77% reporting side effects, all of which are minor. It is interesting to note here that the majority smoked the cannabis as opposed to ingesting oil or vaporization.

The study revealed the worse side effects of cannabis to be dry mouth and hunger.

Shvartzman reported that some 42% of all the patients had been referred to medical cannabis by their doctors, while only 24% from a friend or family member. The prescriptions for the drug were most commonly given by palliative medicine specialists, orthopedists and other specialists, and only a tiny minority (0.4%) from the family physician. The majority of the participants (99.6%) sought medical cannabis as a treatment after conventional medications proved ineffective and nearly 56% said they wanted it because the previous drugs caused side effects.

The results of this study are promising, but before medicinal cannabis can be made more widely available and accepted as a viable treatment, even for conditions such as chronic pain in which the evidence of benefit is strongest, governments, businesses and so on will need to be more supportive of research on the medical uses of cannabis and provide the leadership necessary to change how the drug is currently scheduled. 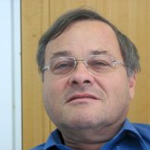 Pesach Shvartzman is one of Israel’s leading family physicians and is a prominent expert in pain control and palliative medicine. He completed his residency in family medicine in Afula and established the country’s first Department …