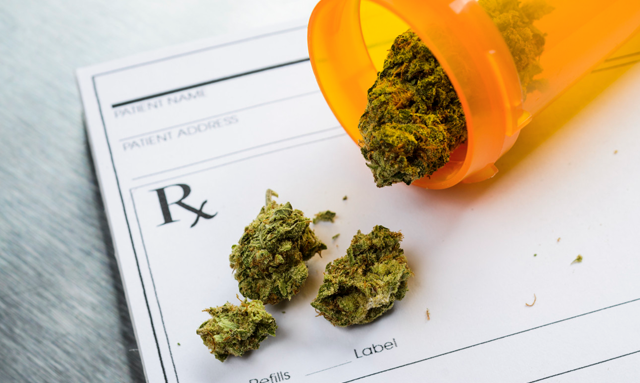 In a signing statement issued Monday, Shumlin said that by allowing medical marijuana for chronic pain in Vermont, doctors now have an alternative treatment to highly addictive opiate-based pain medication.

“At a time when opiate addiction is ravaging our state and drug companies continue to urge our doctors to pass out painkillers like candy, we need to find a more practical solution to pain management,” says Shumlin. “This bill ensures that Vermonters who are suffering will have access to medicine that is high quality, laboratory tested, and most importantly non-addictive.”

“At a time when opiate addiction is ravaging our state and drug companies continue to urge our doctors to pass out painkillers like candy, we need to find a more practical solution to pain management.” – Vermont Gov. Peter Shumlin.

Previously, Vermont allowed medical cannabis for “severe pain,” but only if the patient was unsuccessful managing their pain from other treatments, including opioids. While prescribed opioids may “successfully” treat a person’s pain short-term, it may not be the best option for the patient long-term.

Many patients who suffer from chronic pain — including this author — find cannabis to be a safer, non-addictive treatment for pain management than opioid-based prescription drugs. But as more conservative medical marijuana laws have been enacted nationwide in recent years, many states have been omitting chronic pain as a qualifying condition in unfounded fears that it could lead to abuse of the medical marijuana program, despite an increase in overdose deaths from prescription opioid painkillers that has been trending nationwide.

Recent data from the United States Center for Disease Control (CDC) show that between 1999 and 2014, overdose deaths involving prescription opioids have quadrupled nationwide, with more than 165,000 people across the country dying as a result thereof. Despite the increase in overdose deaths, the number of prescriptions written for opioids continues to rise. According to the CDC, enough opiates were prescribed in 2010 to keep every adult in America high for an entire month, and in 2012 enough were prescribed to give every American their own bottle of pills.

“In addition to chronic pain, Senate Bill 14 also allows patients with glaucoma, as well as patients with any medical condition that requires hospice care, access to medical cannabis.”

In addition to chronic pain, Senate Bill 14 also allows patients with glaucoma, as well as patients with any medical condition that requires hospice care, access to medical cannabis. With the enactment of the bill, most of which takes effect immediately, the qualifying conditions for medical cannabis in Vermont are now: cancer, multiple sclerosis HIV/AIDS, glaucoma or any medical condition that causes cachexia or wasting syndrome, severe chronic pain, severe nausea or seizures.

Senate Bill 14 also requires that dispensaries use childproof packaging for all cannabis products sold, and increases labeling requirements on cannabis-infused products, including edibles, oils and tinctures. Under the new labeling requirements, all marijuana sold at Vermont dispensaries will be required to be clearly identified with the strain of cannabis, including strain-specific properties. The labeling must also identify the amount of tetrahydrocannabinol (THC) in a single dose of edibles or other marijuana-infused products.

Other changes made to the state’s medical marijuana program include defining a bonafide patient-physician relationship as three months (except in certain situations); removing wording that prohibits adults convicted of drug-related crimes from becoming a registered caregiver; and to make it easier for existing medical cannabis patients who move to Vermont from other medical marijuana states to enroll in the program. The bill also includes language to clarify that physicians licensed to practice medicine in the nearby states of Massachusetts, New Hampshire and New York can certify Vermont residents for the state’s medical marijuana program.

The new qualifying conditions for medical marijuana take effect immediately. Other provisions in the bill, including labeling requirements, take effect on July 1.

The full text of Senate Bill 14, which passed in Senate by majority voice vote and in the House by a roll-call vote of 133 to 13, can be found here.