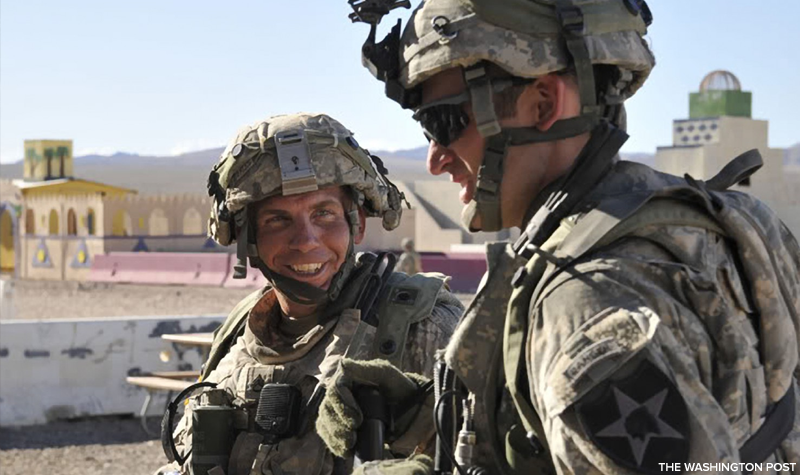 Lawmakers in the New Jersey Assembly voted 55 to 14 in favor of a bill that would add post-traumatic stress disorder (PTSD) to the list of accepted health conditions that qualify a patient to obtain medical marijuana in the state.

Under Assembly Bill 457, New Jersey residents who suffer from PTSD would be eligible for the state’s Compassionate Use of Medical Marijuana Act for the first time. However, this is only possible if the bill is approved by the Senate and not vetoed by Republican Governor Chris Christie.

Post-traumatic stress disorder is an anxiety disorder that is estimated to affect eight million Americans annually, including many military veterans returning from combat, as well as victims and witnesses of violent crimes.

“Veterans – especially post-9/11 veterans – are the group most affected by PTSD,” says Assemblyman Vince Mazzeo (D-Atlantic) in a statement following the vote. “The VA has stated that it wants each veteran to find the medication with the least amount of side effects that allows them the optimum level of independence. For many, medical marijuana is the drug that best fits that criteria and the only one to provide veterans with significant relief from the symptoms, especially anxiety, associated with PTSD.”

“When it comes to PTSD, medical marijuana holds the promise of providing significant relief as it does for many other illnesses and conditions that are not easily treatable with traditional medication.” – Assemblyman Tim Eustace

PTSD is often triggered by a traumatic event such as a physical or sexual assault, childhood neglect or physical abuse, a natural disaster, exposure to combat, or other extreme or life-threatening events. Symptoms can include flashbacks, nightmares, severe anxiety, uncontrollable thoughts about the event, emotional distress, physical symptoms, feelings of numbness or detachment, engaging in dangerous or self-destructive behavior, and experiencing suicidal thoughts. To date, there are no pharmaceutical treatments specifically designed or approved to target symptoms of PTSD.

“For many veterans, the effects of PTSD are not always healed by time and can be lasting and profound,” said Assemblyman Tim Eustace (D-Bergen/Passaic), one of the bill’s co-sponsors. “When it comes to PTSD, medical marijuana holds the promise of providing significant relief as it does for many other illnesses and conditions that are not easily treatable with traditional medication.”

To qualify for medical marijuana under A457, the patient’s PTSD symptoms would have to be “resistant to conventional medical therapy, which generally combines psychotherapy with antidepressants and anti-anxiety medications,” the bill states.

Patients would also need to meet existing requirements for the state’s medical marijuana program as well, including obtaining certification of the patient’s health condition from a physician with whom the patient has a bona fide physician-patient relationship. Also, the patient must be a resident of New Jersey.

Currently, patients suffering from the following conditions are eligible for medical cannabis in New Jersey:

Assembly Bill 457 now moves to the Senate for consideration, where an identical companion bill, Senate Bill S2345, was approved by the Senate Health, Human Services and Senior Citizens Committee on Thursday.

S2345 will now go to the floor of the Senate for a vote, where it is expected to pass. The vote could come as early as this afternoon, and is expected within coming days.

Because the language of the joint legislation is identical, approval by the Senate of their proposal would send the twin measures to Gov. Christie for final approval.

“Given PTSD’s prevalent and debilitating nature, we should be doing whatever we can to help victims cope and overcome it.” – Assemblyman Reed Gusciora

If passed by both chambers, it remains unclear if pot prohibitionist Chris Christie will sign the bill into law or veto it. The governor has expressed many times that he opposes expanding the state’s medical marijuana program.

New Jersey is home to an estimated 480,000 veterans. It is believed that as many as 20 percent of veterans in New Jersey suffer from PTSD.

“Statistics show that roughly one out of five military personnel deployed in Iraq and Afghanistan have experienced PTSD,” said bill co-sponsor Assemblyman Reed Gusciora (D-Mercer/Hunterdon). “Meanwhile, medical marijuana has been reported to alleviate many of the debilitating side effects of PTSD without the anesthetizing quality of many traditional medications. Given PTSD’s prevalent and debilitating nature, we should be doing whatever we can to help victims cope and overcome it.”

New Jersey lawmakers are also considering a separate proposal that would allow women with severe menstrual pain to qualify for medical marijuana use in the state.