Florida Donations to Legalize MMJ: 7,000+ Pro-MMJ Campaign, Only 11 to Foes

Supporters of a proposed constitutional amendment to create a comprehensive medical marijuana law in Florida have received nearly 650 times more individual donations than the opposition. Despite this shocking fact, anti-marijuana foes have still raised more money, having received contributions from deep-pocketed prohibitionists.

“In 2014, a similar proposed amendment to legalize medical marijuana in Florida was narrowly defeated, garnering 58% of the vote but needing 60% to pass.”

United for Care, the organization responsible for placing Amendment 2 on the November ballot, has received over 7,000 individual donations in support of their campaign, with most donations ranging between $5 and $50.

According to public campaign finance records, the Drug Free Florida Committee, the political action committee (PAC) behind the No vote on 2 campaign, has received money from eleven — yes, you are reading that correctly — just eleven different donors.

Of the eleven donors against legalization, six made donations of $100 or less, three made donations of $1,000-$10,000. That leaves two donors footing the bulk of the anti-pot campaign: an $800,000 donation from the heiress of Florida grocery store chain Publix, and $1 million from Mel Sembler, who’s wife founded the Drug Free America Foundation.

Once again, it appears that anti-marijuana crusaders with deep pockets are trying to influence marijuana policy by out-funding supporters. In 2014, a similar proposed amendment to legalize medical marijuana in Florida was narrowly defeated, garnering 58% of the vote but needing 60% to pass. That campaign saw large donations from billionaire casino mogul Sheldon Adelson, who donated over $5 million to help defeat the measure.

While the most recent polls show support among Florida voters at 77% in favor of the amendment, United for Care will need to ramp up their collection efforts before the November elections. Donations to support the drive to bring a comprehensive medical marijuana program to Florida can be made here. 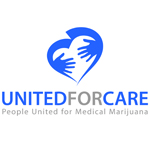 The United For Care Campaign is run by People United for Medical Marijuana (PUFMM) – an organization formed by Kim Russell, whose grandmother – ill with glaucoma – would not break the law, despite the …