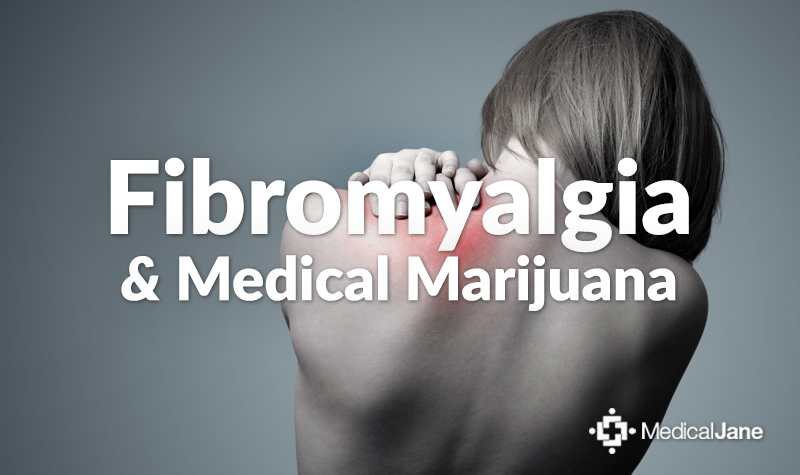 Whether you have been diagnosed with fibromyalgia or suspect you suffer from symptoms of the syndrome, this information is designed to provide you with a better understanding of this chronic pain disorder that affects millions of people all over the world every day. Use this information as a stepping stone and learn how patients are using cannabinoid-based therapies to help treat the many symptoms of fibromyalgia.

Fibromyalgia syndrome (pronounced fi-bro-my-al-ja and often referred to as simply “fibro” or “FM”) is a chronic health problem disorder characterized by widespread pain and a number of other symptoms thought to be a result of overactive nerves. Symptoms can fluctuate in intensity and frequency, and often interfere with daily activities. In some instances, fibro symptoms can be extremely severe and debilitating.

Most common symptoms of fibromyalgia are:

Fibromyalgia can occur in men or women, but is most common in women. Symptoms most often appear as a young adult, but onset can happen at any age.

Patients suffering from fibro can feel depressed, anxious, angry, and isolated. Sometimes a simple handshake or hug can cause extreme discomfort and pain. It is very difficult to get family and loved ones to understand that it is not as simple as getting up and moving. Sufferers don’t want to appear as whiners so they resist the urge to explain why they don’t want to go here or do that, or why they simply don’t want to participate.

How is Fibromyalgia Diagnosed?

A diagnosis of fibromyalgia can be hard to pin down because the main symptom is chronic widespread pain. This pain cannot be detected with a blood test, an x-ray, a CT-scan, an MRI or even a tissue sample; however, such clinical tests will be necessary to rule out any a number of other conditions with similar symptoms, such as HIV, AIDS, Lyme disease, certain types of cancer, degenerative diseases of the spine, and hypothyroidism. Sleep studies and psychological exams are also helpful. It can take many years to get an accurate diagnosis. For this reason, it is very important to develop a good doctor – patient relationship.

For many years, doctors have relied on the guidelines of the American College of Rheumatology (ACR) to make a diagnosis of fibromyalgia. These guidelines require a patient to have widespread pain in all four quadrants of the body for at least three months, and tenderness of pain in at least 11 of the 18 specified tender points when pressure is applied.

In 2010, the ACR approved new criteria for clinical diagnosis of fibromyalgia that does not require a tender point examination, but instead provides a severity scale for characteristic fibro symptoms. A patient still needs to satisfy the other requirements, namely, that symptoms have been present at a similar level for at least three months, and no other disorder would otherwise explain the pain.

Many healthcare professionals have embraced the new criteria and believe it is a better system for diagnosing the disorder. However, too many are still relying almost entirely on the tender point check and don’t taken into account the other symptoms such as pain and fatigue.

If you suspect you may have fibromyalgia, it is a good idea to keep a pain diary. This will help your healthcare provider to get a full and accurate picture of your condition. Use it to track your daily pain, including the location, quality, severity, and duration. Include your feelings and emotions. Note any special circumstances that may have contributed to the severity of your pain.

The symptoms experienced by FM patients, especially pain and fatigue, are chronic and fluctuate in intensity. There is currently no accepted cure for this condition. However, with appropriate treatment, worthwhile improvement can be achieved. Nevertheless, a reduction in quality of life is inevitable. As with many chronic ailments, the extent to which patients succumb to the various effects of the disease are dependent upon a wide variety of factors.

Since 2007, the Food and Drug Administration has approved three medications to treat fibromyalgia: Lyrica, Cymbalta, and Savella. All of these warn of serious, even life threatening, allergic reactions, including suicidal thoughts. Other drugs such as gabapentin, topiramate, amitriptyline, and prednisone are sometimes prescribed.

In general, other drugs like aspirin, ibuprofen, and cortisone are not particularly helpful. Opioids such as codeine, morphine, oxycodone, hydrocodone, and methadone may provide necessary pain relief, but they tend to be accompanied with side effects like nausea, constipation, itching, headaches, and mental impairment.

When the recommended drug regimen doesn’t work, patients seek out alternative treatments and natural remedies. For many, cannabis is the answer. Although the efficacy of cannabis may not have been scientifically tested to the same degree as the pharmaceutical drugs traditionally prescribed, there is a growing body of evidence (see citations at end) linking cannabis to many medicinal benefits, and patient testimonials are overwhelming. Several companies are even experimenting with medicated patches to treat FM symptoms and nerve pain.

Earlier this year, the National Academies of Sciences, Engineering, and Medicine, released one of the most comprehensive studies of recent research on the health effects of cannabis. This report includes relevant scientific research published since 1999. The study found moderate evidence suggesting that cannabinoids can improve short-term sleep outcomes in patients with sleep disturbance associated with obstructive sleep apnea, fibromyalgia, chronic pain, or MS.

In 2004, Dr. Ethan Russo proposed the idea of clinical endocannabinoid deficiency (CECD). He suggested that deficient cannabinoid levels may be the underlying cause of numerous conditions, such as fibromyalgia, and may be suitably treated with cannabinoid-based medicines. It is no surprise that many patients prefer medicating with cannabis over pharmaceutical drugs. In fact, many states that have legalized medical marijuana have recognized its potential health benefits and have included fibromyalgia as a qualifying condition.

“Deficient cannabinoid levels may be the underlying cause of numerous conditions alleviated by cannabis.”– Ethan Russo

Ten years later, researchers revisited Russo’s initial findings and confirmed evidence that imbalances in the endocannabinoid system (ECS) indeed play a role in fibromyalgia, IBS, and a growing list of other medical conditions.

As in any chronic pain condition, most patients learn there are certain things they do or don’t do on a daily basis that seem to make the FM symptoms better or worse. Pacing of activities is extremely important in managing the symptoms of FM. It is recommended that FM patients stop what they are doing every 20-30 minutes and change what they are focusing on for a few minutes. Education is also an essential component in teaching patients to help themselves.

Many patients are finding microdosing medical marijuana to be an effective treatment option for their debilitating symptoms. Microdosing is the practice of consuming small amounts of cannabis over an extended period of time, typically a day. By ingesting the THC and other cannabinoids in smaller doses, a patient can still achieve the medical benefits of the cannabis with little or no euphoric “high” effects. This is achieved by taking a small vape hit or just one puff from a joint or pipe periodically throughout the day. It can also be accomplished by consuming the recommended dosage of an edible in smaller portions, or using a tincture drop in herbal tea or hot lemon water.

Researchers from the University of California Davis Medical Center (UCDMC) conducted a study comparing low dose (1.29% THC) and medium dose (3.53% THC) vaporized cannabis to determine if significant analgesic benefits could result without high levels of cognitive side effects. Thirty-nine participants with persistent neuropathic pain completed the study, which involved several interviews and evaluations to rate pain intensity. All patients had used cannabis previously (as required in the inclusion criteria).

Results of the study showed that both the low and medium doses provided significant pain relief, with an average of 30% reduction in pain intensity compared with a placebo. Side effects observed were negligible. It is interesting to note, however, that participants from the medium dose group had worse performance and learning and memory evaluations as compared to those of the placebo and low dose groups.

The authors of the UCDMC study concluded that low and medium doses of vaporized cannabis could be prescribed for treatment of neuropathic pain and provide clinically significant relief; however, in view of the findings, low doses would appear to cause fewer cognitive and psychological side effects.

Unfortunately, until more scientific research is done on medical cannabis as a potential treatment for fibromyalgia symptoms, patients are forced to rely on their own painstaking trial and error. The good news is that no one has overdosed directly on cannabis. Determining how much and how often you microdose will require some patience and experimentation. Add a few notes to your pain diary about how your day went. How much did you get accomplished? Did you notice any difference in your pain level, mood, energy, etc…? It is important to experiment with your own MMJ regimen to determine what works best for you.

The information contained herein is provided for educational purposes only and is not intended to replace discussions with a healthcare provider.

There are 7 references in this article. Click here to view them all.