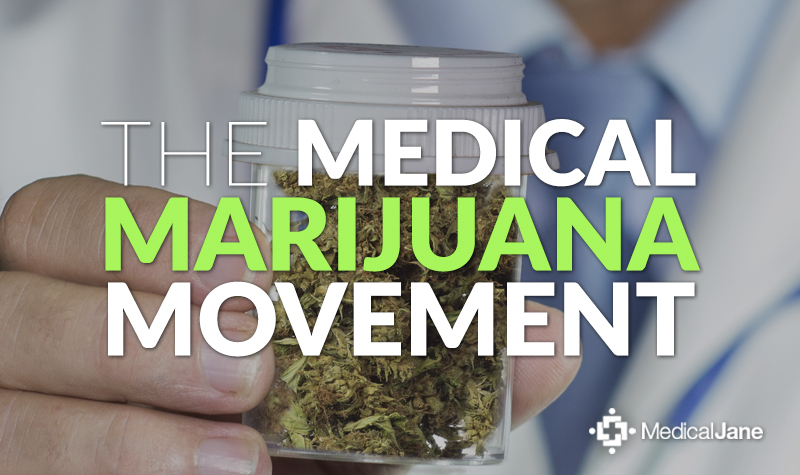 On Tuesday, eight out of nine states voting on marijuana referendums approved their measures, including all four states considering medical marijuana initiatives.

“This is the most momentous Election Day in history for the movement to end marijuana prohibition.” – Rob Campia, Marijuana Policy Project

Following the results of Tuesday’s elections, 28 states, and the District of Colombia, now have passed comprehensive medical marijuana laws. Eight states have also legalized the recreational use of marijuana by adults, completely changing the landscape for the future of the legal cannabis industry overnight.

Voters in Arkansas approved Issue 6, the Arkansas Medical Marijuana Amendment. The proposal received 53.2% of the vote, with 46.8% against.

“This will provide patients with access to a safe and effective medicine and apply further pressure on Congress and the incoming administration to bring federal policy in line with the overwhelming will of the American people.” – Erik Altieri, NORML

Unlike the disqualified Issue 7, however, Issue 6 does not allow patients to grow their own cannabis under any circumstance. Issue 7 had a provision that would have allowed patients to grow their own cannabis if they lived more than 20 miles from a dispensary once the program is up and running. Issue 7 also had more initial qualifying conditions than Issue 6, but at least some patients in Arkansas will have access to medical marijuana as early as 2018.

“Thanks to the support of Arkansas voters, their state now joins the majority of states in this country in allowing for the medicinal use of marijuana. This will provide patients with access to a safe and effective medicine and apply further pressure on Congress and the incoming administration to bring federal policy in line with the overwhelming will of the American people.” said Erik Altieri, the newly appointed Executive Director of the National Organization for the Reform of Marijuana Laws (NORML).

Under the amendment that passed, the state’s Alcoholic Beverage Control Division will create the rules for dispensaries and cultivation facilities, while the Department of Health will determine which conditions qualify and create regulations for patients and the application process. The AMMA will create a new governmental body, the Medical Marijuana Commission, to oversee the licensing of dispensaries.

The Department of Health can add additional conditions down the road.

The new law takes effect on November 9, 2017. State regulators will then have 120 days following the law’s enactment to develop rules overseeing the new medical marijuana program.

A summary of the Amendment is available here.

“With broad support across all demographics, voters in Florida approved Amendment 2 by a landslide,” said NORML’s Erik Altieri. “These results are a victory, not just for common sense public policy, but for patients all across the state who will now have access to a safe, effective treatment for a number of debilitating ailments.”

Amendment 2 will finally bring a true medical marijuana program, making Florida the first state in The South to approve such a law. State lawmakers in Florida passed the so-called “Compassionate Medical Cannabis Act” in 2014 and it became effective on January 1, 2015, but has been heavily criticized for being overly restrictive and ineffective at helping patients. The 2014 law only allowed access to non-smoked, low-THC marijuana strains for patients suffering from a few specific medical conditions, including cancer and epilepsy.

“This is a major tipping point: With Florida‘s decision, a majority of states in the U.S. now have laws allowing patients to find relief with medical marijuana, and these protections and programs are no longer concentrated in certain regions of the country like the West and Northeast.” – Tom Angell, Marijuana Majority.

Under the law approved by voters Tuesday, patients in Florida suffering from certain debilitating medical conditions will soon be able to purchase medical marijuana at state-authorized dispensaries, but home cultivation will not be allowed.

Initial conditions for which marijuana may be recommended are defined as cancer, epilepsy, glaucoma, positive status for human immunodeficiency virus (HIV), acquired immune deficiency syndrome (AIDS), post-traumatic stress disorder (PTSD), amyotrophic lateral sclerosis (ALS), Crohn’s disease, Parkinson’s disease, multiple sclerosis, or other debilitating medical conditions of the same kind or class as or comparable to those enumerated, and for which a physician believes that the medical use of marijuana would likely outweigh the potential health risks for a patient.

The Florida Department of Health now has until July 2017 to pass regulations to oversee the state’s new medical marijuana program. By October, the state must start registering growers, dispensaries and other facilities and start issuing identification cards for patients approved to use marijuana.

“Under the measure, which garnered 57% of the vote, voters have approved allowing a licensed medical marijuana industry.”

Leaders in Montana’s medical marijuana industry challenged the changes in court, and earlier this year the Montana Supreme Court upheld many of those changes, including provisions that allow law enforcement to engage in warrantless inspections of the premises of medical marijuana businesses and requires doctors to be reported to the state Board of Examiners if they recommend medical marijuana to more than 25 patients in a year.

But on Tuesday, voters in the state fought back, effectively re-legalizing medical marijuana in Montana by passing Initiative 182, the Montana Medical Marijuana Initiative, and reversing those provisions.

I-182 also repeals the requirement that physicians who provide certifications for 25 or more patients annually be referred to the board of medical examiners. It removes the authority of law enforcement to conduct unannounced, warrentless inspections of medical marijuana facilities. Instead, medical marijuana businesses will be required to have an annual inspection by the state.

The law doesn’t change the amount of marijuana a patient can possess — up to one ounce of marijuana, four mature cannabis plants and 12 seedlings. It does, however, add post-traumatic stress disorder (PTSD) to the list of conditions that qualify for medical marijuana in Montana.

The new law takes effect on June 30, 2017. Read the full text of the initiative here.

Perhaps the biggest surprise of the evening was North Dakota, where an underfunded grassroots campaign, which raised less than $6,000 led the efforts, but fortunately faced no significant opposition. The measure passed with resounding 63.7% of the vote, despite the measure receiving very little attention or support from the national cannabis reform community.

“Marijuana is medicine, and now North Dakotans will be able to utilize it without fear of being sent to jail.” – Tom Angell, Marijuana Majority

“The success of this grassroots campaign shows once again that voters do not wish to have the state come between the decisions of a doctor and a patient,” said NORML Deputy Director Paul Armentano.

“Very few people in our movement expected this result, and it happened with almost no coordination or major assistance from national organizations,” said longtime activist Tom Angell of Marijuana Majority. “The fact that North Dakotans approved medical cannabis with an effort that was largely off the radar of most political operatives shows that truly any state could be the next to change its marijuana laws. Marijuana is medicine, and now North Dakotans will be able to utilize it without fear of being sent to jail.”

Under Question 5, patients suffering from certain medical conditions will be allowed to purchase up to three ounces of marijuana every two weeks from non-profit compassion centers.

Patients living more than 40 miles from a compassion center will be allowed to grow up to eight plants, but they must notify their local law enforcement in writing.

The new law takes effect in 90 days. Read the full text of the initiative here.

The Growing Movement to Legalize Cannabis for Adult-Use

Voters in California, Maine, Massachusetts and Nevada all approved measures to legalize the recreational use of marijuana by adults. A proposal to tax and regulate marijuana in Arizona failed, the only defeat of a marijuana measure all night.

“The end of prohibition is near, and it would be a mistake for the federal government to continue waging war on its own nonviolent citizens. How do you ask a DEA agent to be the last man to enforce a mistake?” – Rob Campia, MPP

“This is the most momentous Election Day in history for the movement to end marijuana prohibition,” said Rob Campia, executive director of the Marijuana Policy Project. “These votes send a clear message to federal officials that it’s time to stop arresting and incarcerating marijuana users.” Campia called on Washington to end the federal “War on Marijuana” once and for all.

“Congress must take action to ease the tension between state and federal marijuana laws,” Campia said. “Once this new batch of state laws takes effect over the next couple of months, marijuana will be legal in more than half a dozen states, and we expect several more to follow during the 2017-2018 legislative and election cycles.”

In the upcoming 2017 legislative session, expect to see more states join the growing list — we’re now at 28, if you’re counting — of bona-fide medical marijuana states. Just how many more need to pass laws allowing medical marijuana before the feds give up their losing fight and re-schedule cannabis once and for all, we shall see.