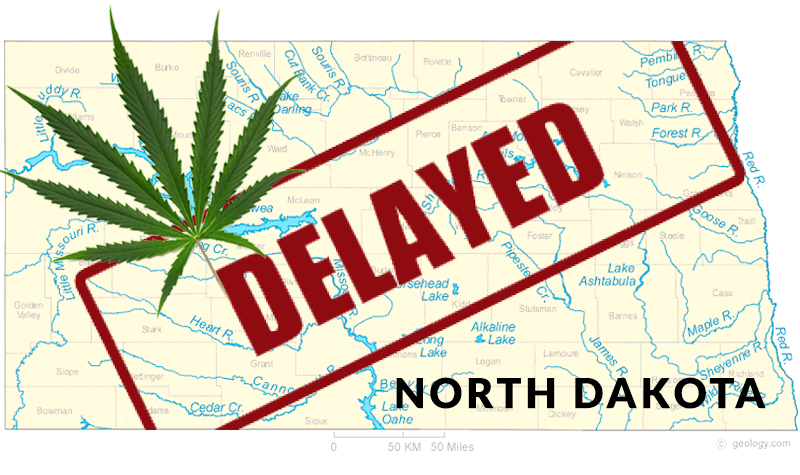 Lawmakers in North Dakota are considering an emergency measure to delay implementation of the state’s voter-approved medical marijuana law, saying they were caught off guard by the measure’s passage and need “time to get this right.”

North Dakota was one of four states to approve medical marijuana referendums in November, when nearly two-thirds of voters approved Question 5 — an underfunded grassroots effort that faced no opposition and received very little media attention — catching lawmakers, as well as activists, by surprise.

Under Question 5, also known as the North Dakota Compassionate Care Act, patients suffering from certain medical conditions will be allowed to purchase up to three ounces of cannabis every two weeks from non-profit compassion centers. But those dispensaries could be a long time coming, as lawmakers are now considering a bill that would delay implementing most of the new law.

Senate Bill 2154, an emergency measure filed last week and fast-tracked through preliminary hearings Monday, would suspend the implementation of parts of the law until July, preventing the state department of health from issuing any applications or licenses for medical marijuana dispensaries, leaving patients who qualify for the program without safe access.

Lawmakers say this is just a delay, however, and not an attempt to thwart the will of the 63 percent of voters who voted in favor of Question 5.

“This in no way is to try to stop the process,” Republican Senate Majority Leader Rich Wardner told the Associated Press. “Nobody is playing games with this. Everybody respects the will of the people.”

Senate Bill 2154 received preliminary approval from a joint House-Senate committee hearing on Monday, and could see a vote in the Senate in upcoming days before being sent to the House for approval. Because the bill was filed as an emergency measure, it would require approval from two-thirds of lawmakers in each chamber of the legislature to pass.

The Department of Health, which will oversee the program, does not yet have a system in place for patients to apply for medical marijuana identification cards.

UPDATE (1/18/2017) – Unfortunately, the Senate voted 45-0 on Tuesday to approve the measure, sending it to the House for consideration. A vote by the full House could come as early as Wednesday afternoon. This is a developing story.