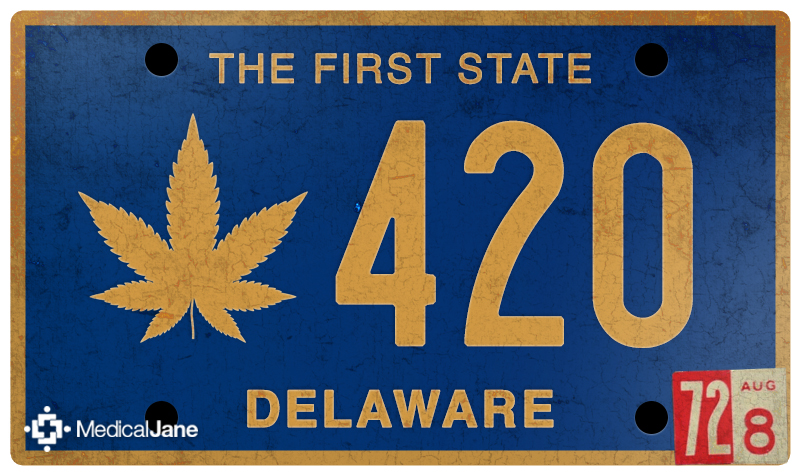 As the first state to ratify the United States Constitution, Delaware officially became known as The First State. Now, six years after approving a state-wide medical marijuana program, and two years after passing a bill to decriminalize cannabis possession, Delaware could become the first state to legalize adult use marijuana through legislation. As of today, the District of Columbia and eight other states have legalized adult use through ballot measures.

Initiatives and referendums — collectively known as ballot measures, propositions, or simply questions, differ from most legislation passed by representative democracies. Ordinarily, an elected legislative body develops and passes laws known as legislation or statutory laws; whereas, ballot measures by contrast allow citizens to vote directly on proposed legislation. But, the opposite has been the case with cannabis. States have been reluctant to take action without the demand of the citizens — that is, until now.

The legislation introduced would create a marijuana regulation fund consisting of taxes collected on cannabis sales, license fees paid by cannabis businesses, and any fines imposed on them.

“This is an opportunity to create a new industry that would include agricultural, processing and retail jobs throughout the state.” – Rep. Keeley

The proposed Delaware Marijuana Control Act would establish a regulatory infrastructure similar to the Division of Alcohol and Tobacco Enforcement (DATE). Under the Act, cultivation, manufacturing and testing facilities, and retail stores would need to apply for licenses to operate in the cannabis industry. Retailers would be charged a $5,000 application fee and a $10,000 annual licensing fee, while consumers would be required to pay a $50 per ounce excise tax on flower, $15 per ounce on all other parts of the plant, and $25 per immature cannabis plant.

“This is an opportunity to create a new industry that would include agricultural, processing and retail jobs throughout the state,” said Rep. Keeley. “This bill creates professional, well-regulated framework for marijuana production and sales for adult use; it provides protections for residents while generating revenue for various programs throughout the state.”

“We see it as a social justice issue,” Henry said, describing the legislation as an effort to reform the criminal justice system by legalizing “something that people always have done and are doing.”

Will HB 10 have enough support to pass?

Passing the bill could prove to be difficult. Governor John Carney has demonstrated that he is not well educated on cannabis. During a debate last October, Carney expressed concerns about marijuana leading users to heroin. Obviously, the real concern here should be opioids, but hopefully he has learned.

Governor Carney believes the smarter approach is for the State to focus on building up the medical marijuana program, while waiting to see what happens in other states who have legalized adult use. He did add, however, that he may not be opposed to legalizing recreational use at some time in the future.

“It seems to me before we take the step to recreational marijuana, there are several other states who have legalized marijuana, and we ought to see what the experience is,” Carney said.

Sen. Margaret Rose Henry is confident the bill will pass with the Governor’s support, and said she would not have filed the bill if the Governor was firmly against it.

“Governor Carney needs to listen to his constituents,” said Sen. Rose Henry. “The money would have benefit for education, for social service issues, and I think it’s something the Governor is going to have to consider given our financial woes.”

Zoe Patchell, Co-chair of Cannabis Bureau of Delaware, said if Governor Carney vetoes the bill, it would go against the majority of those who are in support of it. “Delaware cannot afford to wait on this issue, and 61% of Delawareans support taxing and regulating cannabis like alcohol for adults 21 and older,” said Patchell. “So to ignore the super majority in the State, I think, would not be a good idea.”

The state’s transition into medical marijuana has been marked by slow progress and patient frustration from the start. The General Assembly approved the Delaware Medical Marijuana Act in 2011.

In 2012, the state began issuing $125 a year identification cards required to purchase cannabis, but there were no dispensaries to sell the medication. At that time, the card protected patients only from being prosecuted for possession of up to 6 ounces of marijuana, so long as they were not caught purchasing it illegally.

By 2015, more than 300 Delawareans were certified to use medical marijuana as a treatment for a variety of conditions, i.e., cancer, HIV, AIDS, Alzheimer’s disease, MS, ALS, autism, PTSD. By last fall, that number had significantly increased to nearly 1,900, and is expected to almost double this year. Out-of-state cards are not accepted by Delaware.

It’s to be expected that implementing a medical marijuana program is going to have some bumps but Delaware is yet another case in point of the problems states are facing. Meanwhile, patients who desperately need access to lab-tested and quality cannabis products are unfairly suffering.