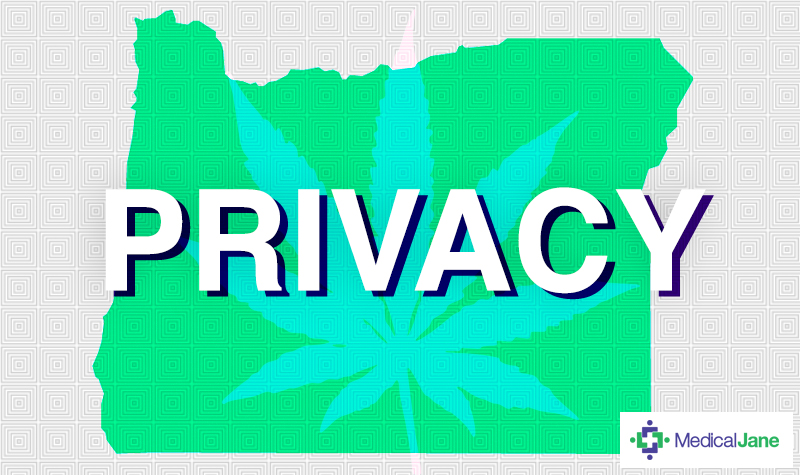 On Monday, Oregon legislators sent Senate Bill 863 to Gov. Kate Brown’s desk, with a strong message – “being necessary for the immediate preservation of the public peace, health and safety, an emergency is declared to exist.” The bipartisan proposal would shield information identifying marijuana consumers from federal officials, as well as preventing retailers from selling consumers’ info to third parties.

Senate Bill 863 (SB 863-A), sponsored by Sen Prozanski, Rep Lininger, Sen Beyer, Sen Burdick, Sen Ferrioli, Sen Kruse, Rep Fahey, Rep Helm, Rep Olson, and Rep Wilson, was introduced earlier this year on Feb 23. It quickly passed through the Senate with a 21-6-3 vote. On Monday, the House overwhelmingly passed the measure with a 53-5-2 vote. The final step to enacting SB 863 into law is Gov. Brown’s signature, which she is expected to give.

SB 863 would add a section to and be made a part of ORS 475B.010 to 475B.395, which legalizes adult use of marijuana in the state. Medical marijuana patients, per se, are not addressed in the measure; however, the signing of the bill into law will still be considered a victory for the industry.

The proposed legislation would protect cannabis users from having their identities or cannabis-buying habits from being divulged by, or seized from, any establishment they have frequented that has kept a digital or paper trail.

It is a common business practice in the industry for retailers to keep records of customers’ names, birth dates, addresses, and other personal information. And, because consumers must prove they meet the age requirement to purchase cannabis, it is common to be met at the door and asked for some form of identification with a birth date.

Many shops will then make a copy or enter the relevant details from the ID into a database, so that they can then link that information with future purchases. The theory behind this is that budtenders will be better able to service consumers if they know their buying habits, although very few dispensaries actually act on this data. However, most consumers are not even aware that their personal data is being stored, or how it is being used.

Similar laws as proposed by SB 863 are already in place in Alaska, Colorado, and Washington State, making it illegal or strongly discouraged to collect and maintain a consumer’s personal information. Passage of the bill will bring Oregon statutes in line with these states.

“Given the immediate privacy issues … this is a good bill protecting the privacy of Oregonians choosing to purchase marijuana.” – State Rep. Carl Wilson

Upon the bill being signed into law, Oregon dispensaries would have 30 days to destroy all personal consumer data in their possession, and would be banned from keeping any such records in the future that could be used to identify a consumer.

Consumers could still choose, voluntarily, to sign up for email lists and mobile alerts to get promotional coupons or discounts and other marketing materials; provided, that they understand they are consenting to the recording and retention of their personal information. Even then, the retailer is prohibited from transferring any such information that is retained by them to any other person, so let’s hope this bill gets signed.