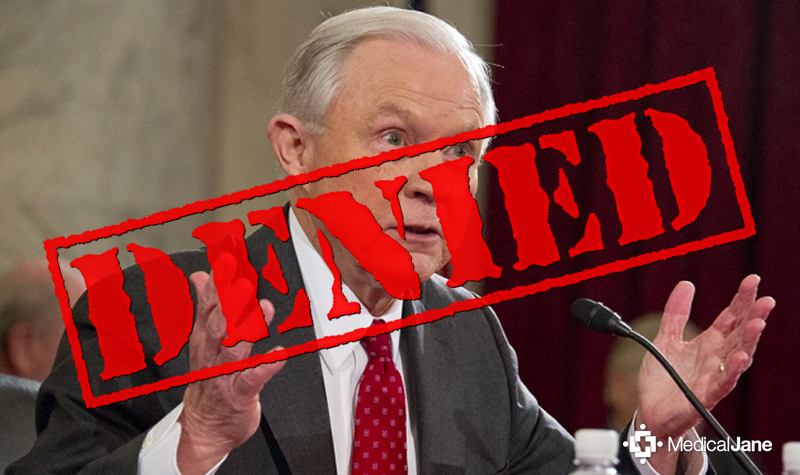 Congress is blocking the Justice Department from spending any money that interferes with state medical marijuana laws, again.

Known as the Rohrabacher-Farr amendment, it is a provision included by lawmakers that allows states to continue controlling their own medical cannabis policies and agenda without fear of intervention from the federal government. The bill, which funds the government through the end of September 2017, is expected to pass this week.

Here’s the full text of the new medical marijuana provision:

None of the funds made available in this Act to the Department of Justice may be used, with respect to any of the States of Alabama, Alaska, Arkansas, Arizona, California, Colorado, Connecticut, Delaware, Florida, Georgia, Hawaii, Illinois, Iowa, Kentucky, Louisiana, Maine, Maryland, Massachusetts, Michigan, Minnesota, Mississippi, Missouri, Montana, Nevada, New Hampshire, New Jersey, New Mexico, New York, North Carolina, Ohio, Oklahoma, Oregon, Pennsylvania, Rhode Island, South Carolina, Tennessee, Texas, Utah, Vermont, Virginia, Washington, West Virginia, Wisconsin, and Wyoming, or with respect to the District of Columbia, Guam, or Puerto Rico, to prevent any of them from implementing their own laws that authorize the use, distribution, possession, or cultivation of medical marijuana.

Earlier this year, Sessions issued an ominous warning to states with legalized marijuana. “States, they can pass the laws they choose,” he said at a Justice Department press briefing. “I would just say it does remain a violation of federal law to distribute marijuana throughout any place in the United States, whether a state legalizes it or not.”

Sessions ruffled a lot of feathers when he said that “good people don’t smoke marijuana” and that pot is only “slightly less awful” than heroin. However, in 2016 alone, heroin was responsible for claiming the lives of nearly 13,000 people; whereas, cannabis has never been the direct result of anyone’s death [ever].

“Medical cannabis patients in the U.S. can rest easy knowing they won’t have to return to the black market to acquire their medicine. Operators can relax a bit knowing their hard work isn’t for naught and their employees’ jobs are safe.” – Jeffrey Zucker, president of Green Lion Partners

Despite medical marijuana being legal in 29 states (plus the District of Columbia), cannabis is still technically illegal at the federal level. In theory, Sessions could still take action against states that have legalized recreational marijuana. Eight states and the District of Columbia have laws like this, and they are not shielded by the language in the budget bill, so it’s not all good news for the existing cannabis industry.

Medical marijuana patients, caregivers, and healthcare professionals are thrilled by Congress’ decision to protect state rights, but ultimately many activists still have their sights set on changing the law altogether to completely legalize the plant.