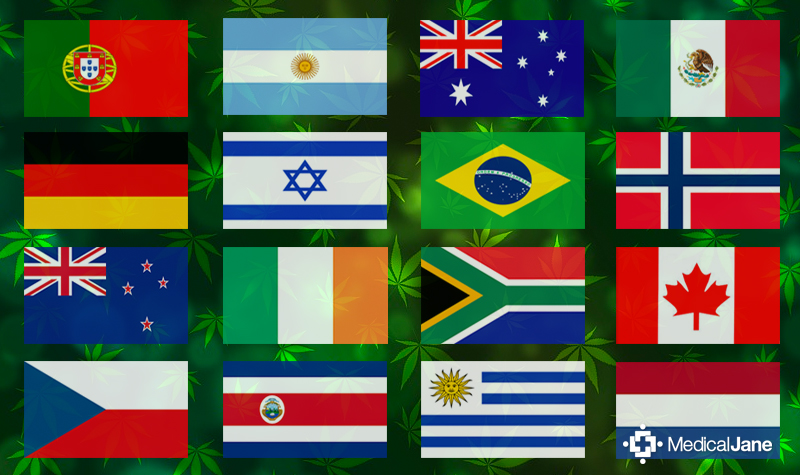 This report, prepared by the foreign law specialists and analysts of the Law Library of Congress, provides a review of laws adopted in Argentina, Australia, Brazil, Canada, Costa Rica, the Czech Republic, Germany, Ireland, Israel, Mexico, the Netherlands, New Zealand, Norway, Portugal, South Africa, and Uruguay with regard to decriminalization of narcotics, and touches specifically on cannabis and legalization.

Individual country surveys included in the study demonstrate varied approaches to the problem of prosecuting drug use, possession, manufacturing, purchase, and sale. The country surveys demonstrate some diversity and common threads among these jurisdictions as to defining narcotics, distinguishing between “hard” and “soft” drugs, establishing special regulations concerning cannabis, refusing to prosecute personal use and/or possession of small quantities of drugs for personal use, giving law enforcement authorities the discretion not to prosecute minors and first-time offenders, applying alternative forms of punishment, and providing treatment opportunities.

Planning a trip to Amsterdam? Did you know that coffee shops are actually prohibited from selling drugs to you under Dutch law, and that nonresidents are not even supposed to enter the coffee shops? But wait, before you freak out and cancel your plans, know that Amsterdam tolerates the sale of certain “soft drugs” to foreigners looking to try what Amsterdam is best-known for. Local mayors have the authority to close such shops for not adhering to local rules, but they typically do not step in to assign punishments.

Dutch coffee shops rely on income from tourists, which in turn contributes to local economies, so officials do not typically enforce the residency requirement.

If you get caught by police in Germany, don’t even try to argue soft drug versus hard drug. Law enforcement doesn’t recognize the difference. The distinction between hard and soft drugs can only be considered at sentencing.

You should know that there is no national decriminalization policy, and cannabis use is technically considered illegal across the county. However, three jurisdictions (Australian Capital Territory, South Australia, and Northern Territory) have decriminalized minor cannabis offenses, especially possession of the plant.

The use of narcotics in Costa Rica, including personal use, is prohibited by law; but no penalty for such violation is found on the books. Police, prosecutors, and the courts have discretion to drop charges if it is a minor, first-time offense, or the accused is willing to enter a treatment program.

Although possession of illegal drugs is generally a crime under Mexican law, possession of less than 5 grams is not criminally punishable. However, if you are caught, a rule enacted in 2009 requires that you must be referred to an addiction treatment program.

“The ruling eliminates the prohibition and criminalization of acts related to the medicinal use of marijuana and its scientific research, and those relating to the production and distribution of the plant for these purposes,” the Lower House said in a statement on its website.

Mexico’s Lower House of Congress passed a bill on Friday, April 28, to legalize the use of cannabis for medical and scientific needs. The measure passed in a general floor vote 371-7-11, and now classifies delta-9-tetrahydrocannabinol (THC) as “therapeutic.”

The bill is now on President Enrique Pena Nieto’s desk, who is expected to sign it.

For now, it appears that the only country where it is completely legal to produce and use cannabis is Uruguay, although consuming cannabis in a public place is prohibited.

Adopted in 2013, Uruguay’s Law to Legalize and Regulate Cannabis brought radical change to the country’s approach to cannabis production and use. The law allows legal access to cannabis in four ways: medical marijuana through the Ministry of Health, home-grown marijuana, membership clubs, and sales to adults in drugstores. Although registration of consumers and cannabis clubs has been completed, implementation of sales in pharmacies is still underway.

Read the full report for free

These and many other interesting facts can be found in a recently published Law Library of Congress report on decriminalization of narcotics. Some diversity and common threads are demonstrated among the 16 countries included in the free report, such as defining narcotics, distinguishing between hard and soft drugs, establishing special regulations concerning cannabis, and discussion of the parameters of law enforcement and forms of punishment for personal use and/or possession.