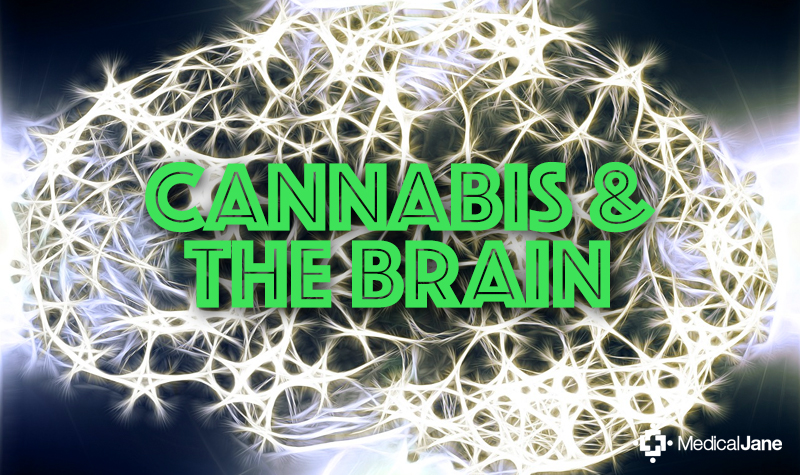 As we get older, the brain ages. As the brain ages, cognitive ability decreases. Short-term memory, learning new things, or devoting attention to several things at the same time becomes more difficult. Researchers have long been looking for ways to slow down or even reverse this process. Scientists at the University of Bonn and The Hebrew University of Jerusalem (Israel) have now achieved this in mice.

A new study published in Nature Medicine reports that low-doses of delta-9-tetrahydrocannabinol (THC), an active ingredient of cannabis, given to mice helped to restore and even reverse some effects of age-related decline in cognitive performance, as well as enhanced expression of synaptic marker proteins, and increased hippocampal spine density. These results are very promising for treatment and prevention of dementia and other neurodegenerative diseases.

The Endocannabinoid System and Aging

There is substantial evidence suggesting that the endocannabinoid system (ECS) is part of a system that modulates the physiological processes underlying aging. The activity of the ECS declines during aging, as CB1 receptor expression and coupling to G proteins are reduced in the tissues of the aging brain.

CB1 receptors are proteins to which substances dock and thus trigger a signal chain. Because THC accumulates at the receptor, CB1 is also the reason for the euphoric and “”high” effects of THC found in cannabis and high-THC cannabis products. As we age, the quantity of the cannabinoids naturally formed in the brain reduces, leading to rapid aging in the brain.

To test the effects of cannabis on the brain, Andreas Zimmer, director of the Institute of Molecular Psychiatry at the University of Bonn, worked with a team of researchers to study the effects of THC on mice.

Researchers chose mice because there are some really important similarities between humans and mice. Because they are both mammals, the hippocampus and other brain parts involved with learning and memory function the same. Humans and mice also have the same proteins and biological systems, and a similar endocannabinoid system. However, mice have a relatively short life expectancy and display pronounced cognitive deficiencies even at 12-mos. old.

Mice were grouped by age (2 months, 12 months, and 18 months), along with a control group that was left untreated. Each group was tested for cognitive capacities before and after the treatment cycle. The team put the mice through several behavioral and ability tests, like the Morris water maze, to test their capacity to learn and adapt to changes in their environment, as well as their ability to remember and recognize other mice.

All of the mice, except the control group, were administered low doses of THC over a period of four weeks, via an implant.

“The treatment completely reversed the loss of performance in the old animals. It looked as though the THC treatment turned back the molecular clock.” – Prof. Andreas Zimmer, Institute of Molecular Psychiatry

To discover precisely what effect the THC treatment had on the mice, the researchers examined the brain tissue and gene activity of the treated mice. In the older mice, they found that the molecular signature no longer corresponded to that of an old animal, but was instead very similar to that of its younger counterpart.

The research team found that THC reversed the age-related cognitive decline in the 12-mo. and 18-mo. old mice. This behavioral effect was accompanied by increased synaptic marker proteins and increased hippocampal spine density. The number of links between the nerve cells in the brain also increased again, which is an important prerequisite for learning ability. In fact, the THC treatment worked so well that the performance of the 12-mo. old THC-treated mice closely resembled that of the untreated 2 mo. old mice in the control group.

These findings suggest that restoration of CB1 signaling in older people could be an effective strategy to treat ailments of the aging, such as dementia.

THC Affects the Brain Differently Depending on Maturity Level

The Zimmer et al. study made an interestingly discovery, however. The younger mice that were treated with THC performed on par with the older untreated mice. Deficiencies or an overabundance of cannabinoids can cause cognitive processing difficulties. Therefore, the THC consumed by the younger mice made it harder for them to learn and remember, but that same amount of THC consumed by the older mice helped them restore a declining internal balance of brain chemicals.

Researcher Onder Albayram was interviewed by Inverse Science, and asked what accounts for these behavioral changes. Albayram replied, “The young brain has lots of endocannabinoids, and an old brain has significantly less. That’s why when you give THC to a young brain, which can access lots of endocannabinoids, this confuses the brain. But when you give THC to old brains, they have less endocannabinoid binding affinity, so the brain experiences a plasticity change to adapt to high THC.”

The control group of mice who were only given a placebo displayed natural age-dependent learning and memory losses.

There are 2 references in this article. Click here to view them all.