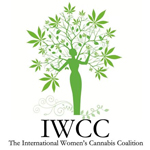 The International Women’s Cannabis Coalition was founded with the intent of bringing pro-cannabis women together in an alliance to end cannabis prohibition worldwide.

The war on cannabis is a war on families. We as women, wives and mothers, sisters and daughters, the cornerstones of the family unit, are tired of watching our families torn apart, our loved ones die, our children taken, our lives destroyed, over a beneficial and often lifesaving plant.

The IWCC is dedicated to spreading knowledge and truth about the benefits of Cannabis in the hopes of ending prohibition forever and making the world a better place for our families and future generations.

National Cannabis Industry Association (NCIA)
Denver, Colorado
Founded in 2010, The National Cannabis Industry Association (NCIA) is a trade organization for the cannabis industry. It serves to provide canna-businesses with a voice in Washington, D.C. The NCIA is led by industry leaders with the intent to speak for the needs of the rapidly-growing cannabis industry. Additionally, they allow members to choose who will serve on the board of directors with annual elections. MANTIS_RECOMMEND = { property: '53422cdc8e92f89afbf09d5f', render: 'mantis__recommended__wordpress' }; var z = document.createElement("script"); z.type = "text/javascript"; z.async = true; z.src = "//assets.mantisadnetwork.com/recommend.min.js"; var s = document.getElementsByTagName('head')[0]; s.parentNode.insertBefore(z, s); …

Marijuana Policy Project (MPP)
Washington, District of Columbia
The Marijuana Policy Project was founded in 1995 in Washington, DC. The founders were members of NORML, but felt the organization should be more proactive. In turn, they broke away and started the MPP. In the time since its inception, the Marijuana Policy Project has garnered support from a number of influential parties and their advisory board includes celebrities like Jack Black, Bill Maher, Adrienne Curry, and Jesse Ventura. They have been instrumental to a number of changes in cannabis policy at the state level and aims to have the same effect on a national scale. MANTIS_RECOMMEND = { …