Top Genetics Medical Nursery provides medical plants to Michigan patients. Founded in Macomb County, we serve most of the Tri-County area and many areas of Michigan! Our plants are grown with care from seeds containing world-class genetics; No mystery strains here! Plants are also guaranteed to be free of mites, mold/mildew, and illness! Top Genetics Medical Nursery also provides options for the plant to come either geared for hydroponic grow or soil so that we are able to cater to every patient’s grow house style. 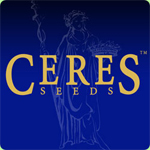 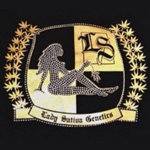 Lady Sativa Genetics
Lady Sativa Genetics is a breeding company based in the UK. Since 2009, they have been working with most of the prominent cannabis strains today. All their strains are thoroughly tested prior to release to ensure “perfect strains and the correct mixture of phenotypes.” They are available in the UK and all European countries where seeds are sold.