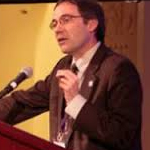 Don Duncan is the California Director for Americans for Safe Access (ASA). As such, he is coordinating the grassroots and grasstops campaign to fully implement the states medical cannabis laws, respond to federal interference, and build a broader and more powerful coalition for medical cannabis in California. Mr. Duncan was instrumental in galvanizing grassroots resistance to federal raids and in seeding local self-regulatory alliances for medical cannabis providers statewide. He has worked closely with elected officials, law enforcement, collective operators, and community members in local implementation efforts in several California cities and counties, and is currently working with lawmakers in Sacramento to adopt legislation to expand rights for patients.

Mr. Duncan co-founded one of the oldest and most reputable families of medical cannabis dispensing collectives in California, helping to open legal facilities in Berkeley, West Hollywood, and Los Angeles. He is a leading consultant in the field of medical cannabis and has been featured in major media coverage, including 60 Minutes, Dan Rather Reports, Retirement Living TV, and the Los Angeles Times.

Americans for Safe Access (ASA)
California Director
Americans for Safe Access (ASA) has a mission to ensure safe and legal access to cannabis (marijuana) for therapeutic uses and research. ASA works with our grassroots base of over 50,000 members to effect change using public education and direct advocacy at the local, state, and federal level. ASA focuses its efforts on training and educating patients, advocates, health care professionals and other stakeholders. On top of that, Americans for Safe Access also provides direct legal support and uses impact litigation to protect and expand patients’ rights. MANTIS_RECOMMEND = { property: '53422cdc8e92f89afbf09d5f', render: 'mantis__recommended__wordpress' }; var z …