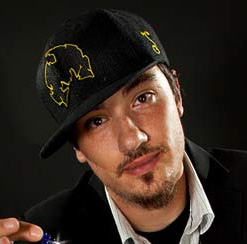 Raised just outside of Boston, “Hitman” Dougie is the Founder and face of Hitman Glass. He is best known for his book Chess Pieces, which was created to elevate and showcase glass-blowing culture.

In 2014, Hitman launched Chalice California – an event to celebrate cannabis concentrates and the culture rapidly erupting around them.

Hitman Glass
Owner
Hitman Glass was formed in November of 2009, and has since grown into one of the most successful glassblowing companies in North America. Their work has won them many awards, but the company is particularly known for their innovative and flamboyant design. The release of their “torch tube” oil rig in 2010, and the Chess Pieces project in 2012 raised the bar and set new standards for what could be done with borosilicate glass.