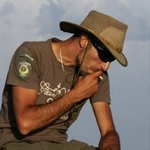 On January 2, 2017, the cannabis world reacted with shock and sadness to the news of the death of Franco Loja at the young age of 43. Franco Loja, better known as Franco the Strain Hunter, was a well-known and respected personality in the industry and helped change so many lives by advocating for the rights of people against unjust treatment, disease, starvation and other maladies.

In the Strain Hunters videos, which were eventually promoted by Vice, Franco and his business partner and friend, Arjan Roskam, spent years crossing the globe looking for landrace cannabis strains.

A landrace strain is the most pure form of cannabis existing on our planet because it is constantly adapting to the natural environment in which it has evolved. Franco helped elevate the science of cannabis to higher levels with his knowledge and experimentation of crossbreeding techniques and high-yielding genetics.

“Cannabis is my passion, my bread, my home. I feel it is my duty to make sure this amazing plant is preserved and enjoyed. I am a smoker, a grower, a breeder, and a strain hunter. For life.” -Franco, the Strain Hunter

Franco was in the Democratic Republic of Congo at the time of his death researching the benefits of cannabis in treating those infected with cerebral malaria, a mosquito-borne virus, when his own life was taken by brain malaria.

Green House Seed Co.
Manager
Since their beginning in 1985, the Green House Seed Co. has become the most awarded seed bank in the world. Based on a number of factors, they make sure that each grower chooses the best option for them when buying Green House genetics. The Greenhouse team started collecting landraces over 25 years ago and their Strain Hunters collection offers them from seed. They also have a YouTube series that chronicles some of the amazing journeys. MANTIS_RECOMMEND = { property: '53422cdc8e92f89afbf09d5f', render: 'mantis__recommended__wordpress' }; var z = document.createElement("script"); z.type = "text/javascript"; z.async = true; z.src = "//assets.mantisadnetwork.com/recommend.min.js"; var …