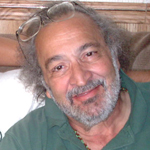 Prominent legalization activist Jack Herer, The Emperor of Hemp, died on April 10, 2010, in Eugene, Oregon, with his wife Jeannie by his side. Herer was 70 years old.

In 2000, at a hemp festival near Eugene, Herer suffered a stroke and endured a long, agonizing recovery. In the years immediately prior to his death, Herer had resumed his speaking schedule. He attributed his improvement in health to the daily use of a highly concentrated cannabis oil.

As his health continued to improve, Herer continued to add more appearances to his hectic schedule, including a September 12, 2009, speech at Portland’s Hempstalk Kelley Point Park. Herer delivered his speech, walked offstage, and collapsed from a heart attack.

In 1985, Herer authored a book. The Emperor Wears No Clothes has sold over 600,000 copies, with the eleventh edition published in November 2010. Herer’s writings are credited for jump starting the current marijuana legalization movement. It is unfortunate that his death came just as the movement was gaining momentum.

Herer traveled hundreds of thousands of miles for nearly 40 years advocating to restore the hemp plant to American agriculture.

One of the most prominent strains in the world today is named in his honor.

Herer even ran twice for President of the United States of America under the nomination of the Grassroots Party.

Jack Herer: Consistently A Patient Favorite
Although the genetics are kept secret, it is believed Jack Herer stems from the lineage of Northern Lights mixed with the offspring of Shiva Skunk and Haze. It’s a world renowned Sativa-dominant Hybrid strain that is known mostly for its ability to create a clear-headed buzz coupled with a boost of focused energy. Jack Herer has quickly became one of my go-to strains to bring an instant smile to my face and relieve any stress I can feel building up inside of me. Jack Herer, Legendary Activist, Will Always Be Remembered “Winner of at …