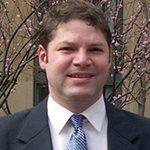 Joe Elford is the Chief Counsel for Americans for Safe Access (ASA). After graduating from Yale Law School in 1996, Joe served as a law clerk for the Honorable Vaughn Walker of the United States District Court for the Northern District of California. In 2003, he assisted in the defense of Edward Rosenthal, and successfully litigated his appeal.

After joining ASA, Joe compelled the California Highway Patrol to revise its policy regarding the seizure of medical marijuana from qualified patients through a civil action in 2005, and later established through a published decision in Garden Grove v. Superior Court that patients whose medical marijuana is seized are entitled to the return of their medicine. Recently, Joe won the appeal of Jovan Jackson in San Diego, which creates precedent establishing the legality of medical marijuana dispensaries in California. On October 18, 2012, Joe argued a case to reschedule marijuana before the District of Columbia Circuit.