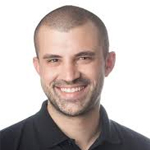 Kayvan Khalatbari moved to Denver in 2004 from his hometown of Lincoln, Nebraska after graduating with a degree in Architectural Engineering. He spent the next five years working as an electrical systems designer and volunteering for Sensible Colorado and SAFER by participating in call to action activities such as collecting signatures for the I-100 and failed state initiative to legalize marijuana and chasing Mayor Hickenlooper around in a chicken suit.

Through his volunteer work, Kayvan became an active member of a growing network of devoted patients, caregivers and medical marijuana business professionals. He soon realized that in addition to the benefits medical marijuana offers to patients, an incredible support system was developing as well. Through this support system Kayvan met his future business partners for his local businesses, Sexy Pizza, Denver Relief and Denver Relief Consulting.

Kayvan partnered with the Assistant Director of SAFER to start Sexy Pizza in 2007 while continuing to support medical marijuana activism through the pizzeria. Sexy Pizza honors non-profit organizations including SAFER, Sensible Colorado, SSDP and LEAP with a pie on the menu that delivers proceeds to them each time it is purchased.

One year after opening Sexy Pizza, Kayvan co-founded and became Operations Manager at Denver Relief, which is now the longest continually operating dispensary in Denver and the second oldest in Colorado. Denver Relief takes to the industry a unique approach that encourages a change in the perception of marijuana in an effort to help normalize the industry and integrate seamlessly into our communities. Denver Relief has remained vocal and has received as much media attention as any dispensary in the U.S., solely to drive that message.

This mindset is what led to the development of the Green Team in 2009, a community outreach program that coordinates urban gardening efforts, free bicycle and wheelchair repair clinics, food and clothing drives, trash pickup at events and more. The Green Team is also currently raising money to pay for an underprivileged student to attend college and is in the process of being converted into a 501(c)(3) to expand this network nationwide.

Kayvan is a founding board member of the Medical Marijuana Assistance Program of America and currently serves in the same role for the Colorado Youth Symphony Orchestra. He has also been a “big brother” mentor for Denver Kids Inc. since 2007, and has been guiding his current “little brother” since 2009.

With a successful dispensary and a brand that had the potential for expansion, Kayvan and his business partners found themselves in a position to start a new chapter. Considering the growth of national and global medical marijuana programs, they decided to pursue a sort of model expansion as opposed to brand expansion and began to focus on consulting services.

Denver Relief Consulting was formed in 2012 and the mission aimed to assist other states by helping them accomplish what we have here in Colorado. More so than any other consultants in the industry, Kayvan and his team spoke about the need to normalize this industry and to give back. They now have clients in nine states, Washington D.C., Canada and the UK. Their consulting services range from state application submittals, facility design, policies and procedures development, employee training, regulatory navigation, research and development, vendor relations, cultivation guidance and more.

Kayvan’s consulting specialty is a comprehensive approach to the business side of marijuana and provides his services for the multitude of documents, licenses, records, and accounting that are necessary to ensure the future viability and legal protection of any medical marijuana business. He is currently the lead consultant for five clients in Colorado, one in Connecticut, one in D.C., six in Massachusetts, three in Canada and is also mobilizing in Illinois. He and his business partner Ean currently sit on the advisory board for Champlain Valley Dispensary, which is the first dispensary license awarded in Vermont. Denver Relief Consulting also provides referral arrangements with over a dozen ancillary companies, including a pet project for an inventory management system with a company in the UK.

Denver Relief
Founding Partner
Denver Relief is a tenured group of cannabis professionals dedicated to providing the highest quality medicine, service, and experience to registered Colorado medical marijuana patients. Prior to the founding their consulting division, Denver Relief earned a reputation as a medical cannabis center and wellness service provider committed to community outreach and industry-leading best practices. As proprietors of the second-longest operating dispensary in all of Colorado, Denver Relief Consulting offers clients experiential insight based on the breakthrough success of the Colorado business model. Established in 2009, Denver Relief’s retail and cultivation facilities have since earned national media attention and critical acclaim …
OG
Partner
Based in Colorado, OG is a unique partnership that manufactures pharmaceutical-grade cannabis products. It was founded in 2013, pooling the respective talents of Denver Relief, Essential Extracts, and TC Labs in an effort to improve the quality of extracts and cannabis products. OG operates a large-scale greenhouse facility that will be dedicated to the production of solvent-less cannabis extracts. Specifically, they are set to release a line of solvent-less RSO capsules with a broad cannabinoid spectrum. MANTIS_RECOMMEND = { property: '53422cdc8e92f89afbf09d5f', render: 'mantis__recommended__wordpress' }; var z = document.createElement("script"); z.type = "text/javascript"; z.async = true; z.src = "//assets.mantisadnetwork.com/recommend.min.js"; …