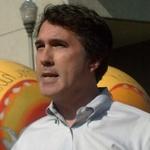 Kris Hermes is the Media Specialist for Americans for Safe Access (ASA). Kris Hermes brings nearly 30 years of social justice activism experience to the fight for safe access to medical marijuana. He has worked in various cities around the U.S. generating media and mobilizing people to effect change in federal and state policy on issues involving hunger, poverty, criminal justice, and access to health care.

Before joining ASA, he dedicated much of his time to legal activism, helping support those arrested during mass demonstrations and acts of civil disobedience. Previously as ASA’s Legal Campaign Director, Kris and the legal staff led the organization in numerous victories that have provided greater protection for thousands of patients. Since 2007, Kris has been issuing media releases, organizing press conferences, drafting critical reports, and engaging in media strategy efforts on behalf of ASA and the advancement of medical marijuana policy at all levels of government.

Americans for Safe Access (ASA)
Media Specialist
Americans for Safe Access (ASA) has a mission to ensure safe and legal access to cannabis (marijuana) for therapeutic uses and research. ASA works with our grassroots base of over 50,000 members to effect change using public education and direct advocacy at the local, state, and federal level. ASA focuses its efforts on training and educating patients, advocates, health care professionals and other stakeholders. On top of that, Americans for Safe Access also provides direct legal support and uses impact litigation to protect and expand patients’ rights. MANTIS_RECOMMEND = { property: '53422cdc8e92f89afbf09d5f', render: 'mantis__recommended__wordpress' }; var z …