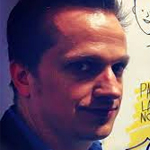 Mike Liszewski is the Policy Director for Americans for Safe Access (ASA). He spent his early career as a community organizer for Banner Neighborhoods in southeast Baltimore, MD, forming after-school reading, art, sports and employment programs for elementary and middle school-aged youth. As a law student, he helped lead a successful lobbying campaign that defeated an ill-conceived “gang injunction” bill, and clerked in DC Council Committee on Health as it was considering B18-622, the District’s medical cannabis law.

Mike served as a student member of SSDP’s Board of Directors (2010-2012) and the ACLU-NCA (2010-2011). Shortly before joining ASA’s staff, he co-drafted the original version of what was eventually passed and signed into law in D.C. as the Good Samaritan Overdose Prevention Amendment Act of 2012.

As Policy Director at ASA, Mike works with patients, advocates, and elected officials at the state, local and national level to create new laws and improve existing ones that allow patients to have safe access to medical cannabis therapy. In addition to ASA’s legislative work, Mike has also been actively involved with the implementation process to make sure these laws result in patients having legal and affordable access to medicine.