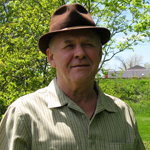 Rick Simpson is a medical marijuana activist who has been providing people with information about the healing powers of Hemp Oil medications for nearly a decade now. Rick cured himself of a metastatic skin cancer back in 2003, and has since then devoted his life to spreading the truth of hemp oil. He has met an absurd amount of opposition and lack of support from Canadian authorities, as well as pharmaceutical companies, government agencies for health, and UN offices.

Despite that fact, Rick Simpson has successfully treated over 5,000 patients (free of charge), and believes that all forms of disease and conditions are treatable. He states that it is common to have all types of cancer and diseases cured with the use of high quality hemp oil as a treatment.

This documentary “Run From The Cure” was made by Christian Laurette in 2008 and shares Rick Simpson’s story. It features interviews with people who were cured by Rick’s oil, but were refused from testifying on his behalf in the Supreme Court of Canada in his 2007 trial.