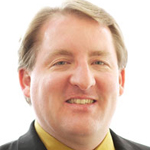 Rob Kampia is the Co-Founder and Executive Director of the Marijuana Policy Project. He was born just outside of Philadelphia, PA and went on to be named valedictorian of his high school graduating class.

Kampia moved to Washington D.C to work with the National Organization for the Reform of Marijuana Laws (NORML) just three days after his graduation in 1993 . He then formed the Marijuana Policy Project (MPP) with Chuck Thomas and Mike Kirshner when his relationship with NORML director Richard Cowan soured.