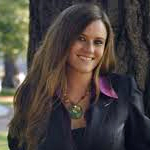 Stacia got involved with drug policy when she joined the campus SSDP chapter as a freshman at the University of Maryland, College Park in 2005. The next year, she was elected President of the UMD SSDP chapter, a role she served from 2006-2008.

While on campus, Stacia was elected to the University Senate, where she pushed for the equalization of judicial sanctions for marijuana and underage drinking and introduced a Good Samaritan Policy that was recently adopted by the University Senate. Under her leadership in 2006, the UMD chapter received SSDP’s “Most Outstanding Chapter” award. As a student, she received SSDP’s “Rising Star” award in 2006 and “Outstanding Student Activist” in 2007.

Stacia was elected to SSDP’s national board of directors in 2006, serving her first year as Secretary and second year as Vice Chair. She completed internships with Students for Sensible Drug Policy (2006), the Marijuana Policy Project (2007), the Institute for Humane Studies (2008), and DRCNet/StopTheDrugWar.org (2009).

Students for Sensible Drug Policy
Interim Executive Director
Students for Sensible Drug Policy (SSDP) is an international grassroots, student-led organization working to end drug prohibition. The group creates change by participating in the political process, and by creating safe spaces for students of all political and ideological stripes to have honest conversations about drug policy. Founded in 1998, SSDP is made up of thousands of members at hundreds of campuses in countries across the globe.