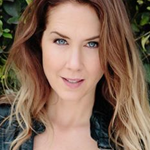 Stefanie was just 30 years old when she discovered a lump in her breast. Doctor after doctor misdiagnosed Stefanie, convincing her she was too young to have breast cancer. Unfortunately, by the time she was properly diagnosed with Stage 4 metastatic breast cancer, she was given the dismal prognosis of less than a year to live.

Sharing her story online, Stefanie said that the one thing she kept hearing over and over is “Stefanie, you’re 30 years old. You’re in perfect health, you don’t have breast cancer.”

After a third recurrence of the cancer in 2013 despite trying all conventional treatments, she began following the Rick Simpson Oil protocol, using cannabis oil for treatment. Stefanie stood firmly by her decision and credited it for a cancer-free period.

In 2014, Stefanie claimed, “Cannabis oil killed all of the tumors in my body. My monthly lab and quarterly scan results are proof that the cannabis oil treatment worked.”

“It is going to take our actual patient community to help fast track changing the laws federally so it is important that we share, support one another, and join forces in advocating together on this journey until we are not deemed as criminals any longer. Yes, change is happening, but it is not happening fast enough!”

Stefanie became an outspoken advocate for women younger than 40 with breast cancer, and spent the final years of her short life advocating for alternative cancer treatments, including cannabis.

Stefanie served as a patient navigator for the newly diagnosed and was frequently a noted speaker at numerous conferences and events promoting early detection and the active involvement in one’s treatment and healing regimens. She fought tirelessly for the rights of young women to be involved in decisions regarding their treatment options, and helped educate countless women and members of the medical community about the unique needs of younger women faced with the devastating diagnosis of breast cancer.

Stefanie served on the Board of Directors for the Los Angeles Susan G. Komen for the Cure, Southern California’s Breast Cancer Network of Strength, and the USC Norris Cancer Center’s Cancer Survivorship Advisory Council. She received the American Society of Therapeutic Radiation Oncology Survivorship Circle Award and was a NBCC Project Lead Graduate.

Stefanie was an ardent animal advocate, rescuing and fostering many wounded, mistreated, and special-needs dogs. Stefanie and her rescue dogs have been featured in award-winning documentaries, Public Service Announcements, and major television networks including CNN, MSNBC, FOX, LIFETIME, and The Hallmark Channel. Her choice of sharing her gift of time is spent “being of service” helping special needs rescue dogs and connecting them with humans and other animals in need of healing and therapeutic joy. She always made room in her heart and home for those in need of a quiet, serene, and loving hospice environment to transition.

In addition to her many hours speaking and helping four-legged animals, Stefanie created a personal and social lifestyle brand advocating for quality of life options– LIVE ORGANIC. LIVE ORGASMIC.

Stefanie was an inspirational and outspoken voice for progressive change, and her authentic energy is greatly missed in the cannabis community.

Meet Stefanie LaRue: Cancer Survivor and Medical Marijuana Advocate
This article has been updated – Stefanie LaRue died on May 31, 2017, at her home in Venice Beach, California, after a 12-year-battle with Stage IV breast cancer. In 2005, when Stefanie was only 30, a lump was found in her breast. A series of doctors misdiagnosed her, simply sending her home with antibiotics and convincing her she was too young to have breast cancer. Stefanie became a well-known, outspoken advocate for women younger than 40 with breast cancer, garnering a large online following, speaking at conferences around the country and appearing on national TV networks, including CNN and NBC, …